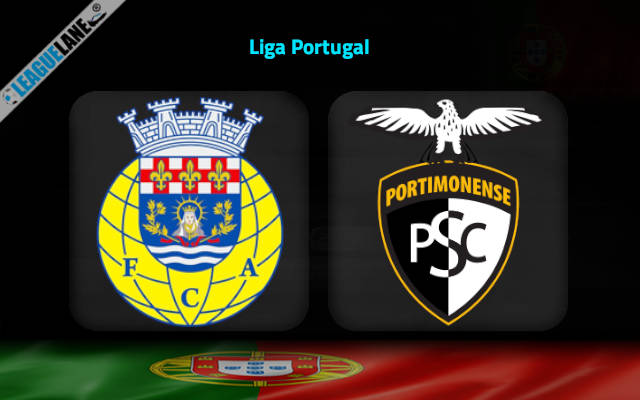 Arouca vs Portimonense Predictions and Free Tips from our expert tipsters when the teams go head-to-head in Liga Portugal on Friday, 20 January 2023.

Arouca are placed seventh in the table at the moment, and are targeting an entry into the top-five of the table – for which they need a surplus of four points. It helps their cause that teams just below and above them all have tough fixtures this weekend.

Meanwhile, Portimonense are one of the worst teams in the league based on recent form. And on the road, they have a 100% losing record since August, barring their clash against the relegation-threatened Gil Vicente.

These two teams locked horns in April of 2022, and then Arouca recorded a 1-0 win. They won three of the past four league encounters, and are unbeaten in league matches in the last 11 years.

Who will win the match between Arouca and Portimonense?

Arouca have a dominant h2h record against this opponent, and they are unbeaten at home after the World Cup break. In fact, they lost just once at this venue in any competition since September.

Meanwhile, Portimonense have a single Liga Portugal win in the last four months, and they lost six of their past seven road trips too.

Likely, expect a win for Arouca this Friday at their home.

Five of the past seven games of Arouca had three or more goals, and they had just two clean sheets to their name at home in the last nine appearances. Meanwhile, Portimonense last kept a clean sheet on the road back in August.

As such, anticipate a high-scoring affair this weekend between the two teams.

Both teams have been struggling with their defense lately. Seldom have the two squads kept clean sheets this season, and majority of their past h2h clashes had goals in huge numbers. It is expected that either team will find the back of the net this Friday.

Arouca have an impressive h2h record against this opponent. They lost just once at home in the last four months, and lost just three times at this venue since March of 2022. Meanwhile, Portimonense lost six of their past seven road trips, and conceded in plenty all along.

As such, Arouca to Win at an odd of 2.25 is the optimal pick this Friday.

However, their defense has not been consistent this season. They have kept clean sheets every once in a while, and it goes without saying just how defensively weak Portimonense have been. In fact, it has been five months since they managed to register a clean sheet on the road.

By the looks of things, the Over 2.5 Match Goals at an odd of 2.20 is another great choice for the weekend.