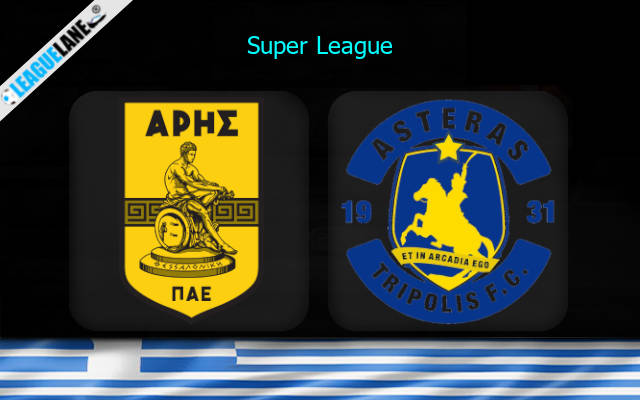 Aris vs Asteras Predictions and Free Tips from our expert tipsters when the teams go head-to-head in the Greece Super League on Sunday, 08 January 2023.

The hosts are priced at just 1.53 odds to claim the spoils here by the bookmakers. It is very easy to understand why because Aris had a decent run so far in this campaign unlike their Sunday’s rivals Asteras.

Asteras are at 9th spot in the league standings and are trailing 8 points and two spots behind Aris at the moment. They have an inconsistent form at present and have won just twice in the last 9 league outings.

Aris have been the dominant force in the recent history of this match-up. They are on a six-fixture unbeaten streak against Asteras.

At this venue, they are on a six-game winning streak against this opponent. In fact, they have only lost twice against Asteras at home.

Who will win the match between Aris vs Asteras?

Aris’ recent h2h form against Asteras have been exceptional. In the league, they seems far better than Asteras.

Do also note that Aris follows a four-game unbeaten streak at home. Expect a victory for the hosts for all these reasons.

More than 60% of the matches played by Aris were low-scoring matches. Asteras also displays a similar recording.

On top of that, their last four consecutive clashes at this stadium recorded fewer than 2.5 goals. Therefore, over 2.5 goals ft is unlikely to land in this match.

Aris have managed to seal clean sheets in two of their last three home matches. Since Asteras have failed to score in two of the last three road trips, we quite don’t see a both teams scoring scenario here.

This match is a great chance for Aris to maintain their unbeaten form. we expect a 2-0 win for them at 6.50 odds and like to place it as the primary betting pick.

The goal trend of these two teams suggests an under 2.5 goals scenario and placing it at 1.70 odds seems ideal enough for the second bet.