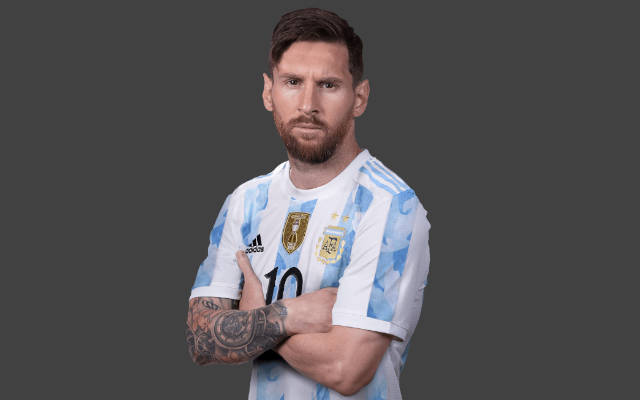 Argentina’s star striker Lionel Messi is set to announce his retirement from international football after this World Cup in Qatar.

Lionel Messi is among one of the favourite players of football fans. Messi has achieved many awards throughout his career. Lionel Messi has won seven Ballon d’Or awards, four of which he won consecutively.

According to the odds for the upcoming World Cup, he is expected to be among the top goal-scorers in Qatar. You can check the odds here at in2bet.com.cy where you are able to enjoy a number of markets that have been priced competitively against others.

The 35-year-old Argentina legend, who will compete in his fifth International Cup and is still searching for his first championship at the showcase event, which starts on November 20 this year, revealed he is anxious for his final appearance on the largest platform in the world football.

While talking in an interview, Messi said, “There’s some anxiety and nerves at the same time. It is the last one.” As Messi has not yet made a firm decision on his future with the national team after Qatar, it is the first time the Paris Saint-Germain forward has talked candidly about it.

Argentina, who have gone 35 games undefeated in competitive play, will enter the World Cup with much confidence after defeating hosts Brazil in the 2021 Copa America final. Messi feels the victory was a turning point for his squad after a string of close calls.

However, he has admitted that anything can still happen in the competition and that there are no easy matches. He also wanted to stress that he was not sure if Argentina were the favourites, but acknowledged that he could understand why given the national team’s history in the competition. He did mention that he felt other teams were above them but failed to name them.

In 1978 and 1986, Argentina claimed World Cup victories. On November 22, the squad will face Saudi Arabia in Group C’s first match, followed by matches against Mexico and Poland. The maestro, though, has admitted that he is feeling ready for the upcoming competition and is looking forward to it.

Messi’s success at the club level contrasts sharply with his record with Argentina. Three times, Argentina came within one win of ending their protracted trophy drought, but they were defeated by Germany in the World Cup final in 2014 and Chile in the Copa America finals in 2015 and 2016.

Lionel Messi is one of the greatest football players we have ever seen, if not the greatest. His retirement after the World Cup will be a sad moment for all his fans, but he deserves the best of everything, and we have to wish him the best. Perhaps he will get the perfect ending to his international career and finally win one of the prizes that has continued to elude him?