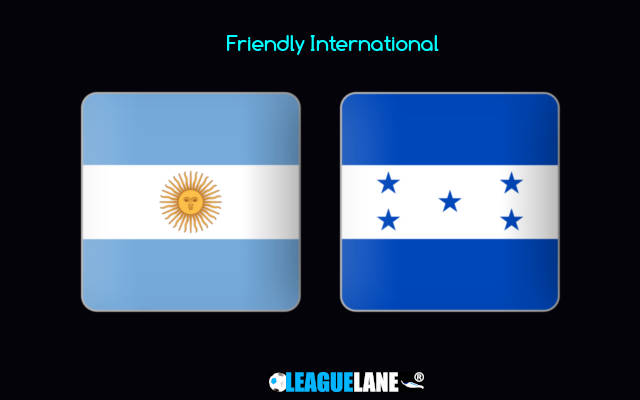 The US crowd at Hard Rock Stadium will have the honor to watch Lionel Messi and company in action on Friday evening as Argentina take on Honduras in the first friendly ahead of the World Cup in Qatar in November this year.

Argentina are obviously enormous favorites to claim an easy victory and boost up the confidence ahead of the upcoming clashes at the biggest stage.

There are practically no important absences from the Argentinean national team. The country’s best players should be in action in one or both upcoming outings, including the likes of Lionel Messi, Angel Di Maria, Lautaro Martinez, Paulo Dybala, etc.

Interestingly, we will also see Manchester City’s new star Julian Alvarez in action here. In these circumstances, it is very hard to expect the likes of Honduras to offer any kind of resistance on Saturday.

Honduras have failed to pick up a single win in 14 games in the final round of the CONCACAF World Cup Qualifications, finishing the campaign with just four points in the process.

Honduras have only managed to score 7 goals in 14 games along the way. They did pick up a 2-1 victory over Canada in the third round of the CONCACAF Nations League Group C in mid-June this year, though, but this result will count for little when they come face to face with Los Gauchos.

Argentina were quite impressive in their previous two matches, beating Italy and Estonia without conceding a single goal in the process. Los Gauchos demolished European champions Italy 3-0 at Wembley Stadium in London in the Finalissima clash.