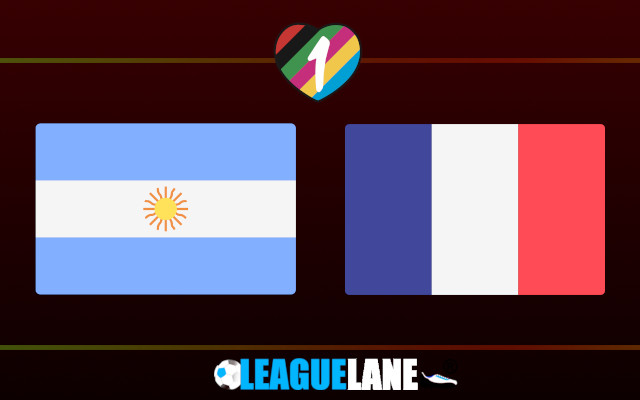 Lionel Messi is set for one last dance

Argentina opened the 2022 World Cup in Qatar with a shocking 1-2 defeat at the hands of Saudi Arabia. Many experts had already seen them out of the tournament with the fixtures against Mexico and Poland remaining.

Nevertheless, Lionel Messi and company refused to give up. Instead, they gave it all on the football pitch to initiate a stunning five-game winning streak and book the big final against France.

Los Gauchos showed extraordinary team spirit to rise above the occasion and perform at the highest level despite being under huge pressure in every single of their previous five games.

Messi has led them in all games along the way, while the others popped up every now and then. Enzo Fernandez came up with a beauty of a strike against the Mexicans, Alexis MacAllister stole the show against Poland, while Julian Alvarez starred in the 3-0 drubbing of Croatia in the semifinal.

Lionel Scaloni’s men have scored at least two goals in each of the previous five games. They will certainly have plenty of room to deliver on Sunday against France who have kept just one clean sheet since the start of the tournament.

Many experts saw France as one of the main contenders in Qatar despite numerous problems with injuries for Didier Deschamps and his squad.

Indeed, Les Bleus justified the tag, reaching the final without any problems whatsoever in the process.

Even the quarterfinal clash against mighty England went pretty much smooth for Les Bleus who shifted gears when it mattered most to snatch the win via Olivier Giroud’s second-half header.

The reigning champions did not shine so far in the tournament and yet they have managed to make it to the back-to-back final without breaking sweat.

Much like Argentina, Les Bleus bagged at least two goals in all but one match at the tournament.

The exception was the 1-0 defeat to Tunisia on the final day of the group stage in a game that by no means affected their top spot in the section.

Kylian Mbappe is chasing his second World Cup trophy and he is yet to turn 24. If he manages to beat his teammate Lionel Messi on Sunday, the “GOAT” talks might receive a whole new direction with at least ten more years in front of the French superstar.

Argentina looked fantastic in the knockout phase, especially in the matches against the Netherlands and Croatia. However, their back line will be under a huge task to stop Kylian Mbappe and company on Sunday.

We can’t see a clean sheet from either side here and we do believe the match will go into extra-time. The value is fantastic with the Draw & Over 2.5 goals FT bet at the 15.00 odds, while we also have to take the tournament’s joint-top scorer Kylian Mbappe to find the back of the net here at the whopping 3.00 odds.