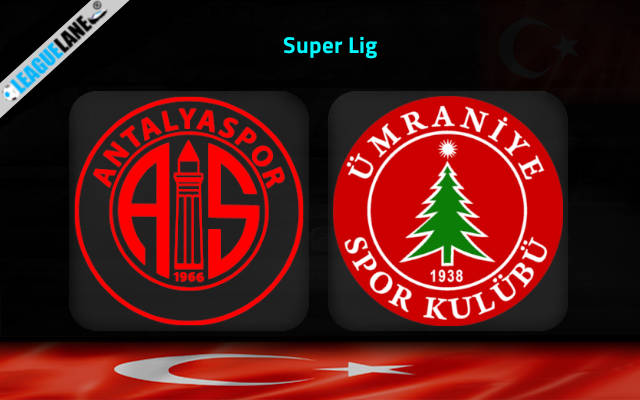 Antalyaspor vs Umraniyespor Predictions and Free Tips from our expert tipsters when the teams go head-to-head in Super Lig on Saturday, 28 January 2023.

Umraniyespor will now turn their attention towards avoiding relegation. They will take one game at a time following their 2-1 loss to Fenerbahce. This month they focused on their away trips and as a result, they are on a three-game winning streak in their away matches.

On the other hand, Antalyaspor lost to Galatasaray by 2-1. This is their tenth defeat of the season. Manager Nuri Şahin is receiving criticism as it has been nearly two months since the last time they won a league fixture.

Who will win the match between Antalyaspor vs Umraniyespor?

It is important to understand that the visitors are at the bottom of the table. Also, this fixture is between two teams that are at the bottom half of the table. Both teams will likely adopt a defensive game plan as losing further points will make things difficult for them. Therefore, the chances are high that this fixture will end in a stalemate.

The visitors have scored consistently in almost all of their January fixtures. Antalyaspor have also scored in most of their home matches this month- Barring the last match against Kayserispor. It will be good option to back on both teams to score in this fixture.

Both teams are facing a winless drought in the league this season. The host have not won any game since December. You can back the following, as our first tip is that this match will end in a draw – at 3.60 odd.

A decent second tip to back would be on Both teams to score– the odd for this tip will be at 1.61. Since December, the visitors have scored in all of their away trips. A similar trend is also observed in Antalyaspor’s case this month.