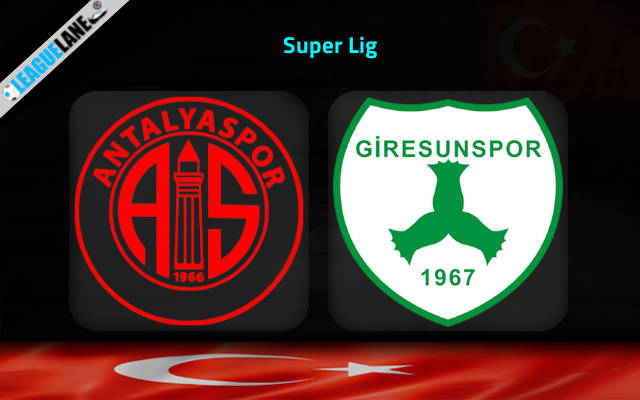 Antalyaspor vs Giresunspor Predictions and Free Tips from our expert tipsters when the teams go head-to-head in Super Lig on Saturday, 14 January 2023.

Antalyaspor played well last time and managed to win one point as they held Hatayspor to a goalless draw. They are presently out of the relegation zone and will now focus on one-game at a time.

On the other hand, Giresunspor are in a difficult situation. They are on a two-game losing streak and have performed poorly on their away trips. They have to start winning games this month, if they wish to continue in this league next season.

Both teams last clashed back in March and the host won that game by 3-0. The only time the visitors won a point from this fixture was way back in 2014.

Who will win the match between Antalyaspor and Giresunspor?

We are backing Antalyaspor to take all three points from this game. They have an excellent winning form against Giresunspor.

At the same time, the visitors have won only one away fixture in the last three months. They could not perform against a relegation team like Umraniyespor previously. Therefore, they will most likely face a difficult time against this team.

At this ground, the last three meetings ended with more than two goals. Do note that the most recent meeting ended in a 4-1 scoreline.

At Antalya Stadyumu both teams have scored in the last five head-to-head matches. With just one exception which was during the 2014/15 season.

You can back the following, as our first tip is that Antalyaspor will win this game– at 1.90 odd. Back in March, the host won this fixture against Giresunspor. They have won on numerous occasions in the past. On top of that the visitors have not won a single game against this team.

Moving on, our second tip for this game is that both teams to score– the odd for this tip will be at 1.80. Both teams have scored eleven goals combined in their last three head-to-head encounters.