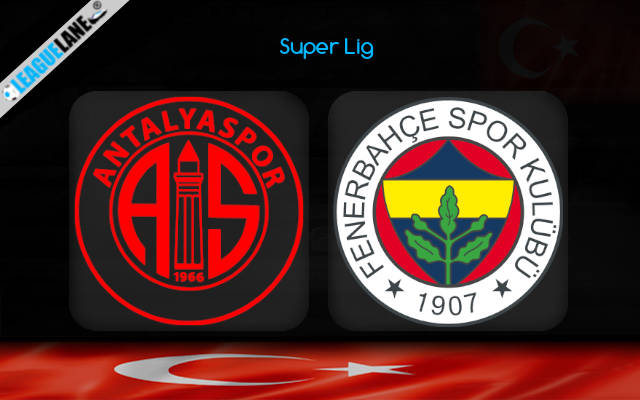 In game week 21 of Super Lig, Antalyaspor faces Fenerbahce for their next match on Saturday at Antalya.

The team had started the season with a poor performance. The team at the moment are on a cold streak. They have not won in the last four consecutive matches. However, the team has mixed results when it comes to home matches. They are unbeaten in the last four matches and have also won in four of the ten away matches. They played their last home match against Kasimpasa, which ended in a draw with 1-1 FT score.

Fenerbahce’s 3-game unbeaten streak was broken with the loss in the last match. In the last ten matches, the team has scored in all their matches but has only won in three of the matches. In the away matches, the team has had mixed results. They have scored in most of the away matches as well. They played their last away match against Faith Karagumruk, which ended in a draw with 1-1 FT score.

Fenerbahce has performed well throughout the season. With their streak gone, the team will look to earn more wins.

Antalyaspor has an advantage of playing in their home ground. However, Fenerbahce is a team who gives the opponents a difficult time and the past matches show this too.

Fenerbahce has more chance of winning than Antalyaspor in the next match. In Antalyaspor’s recent matches, the team has failed to score as well. The match could most likely end in a win for Fenerbahce with under 2.5 goals.