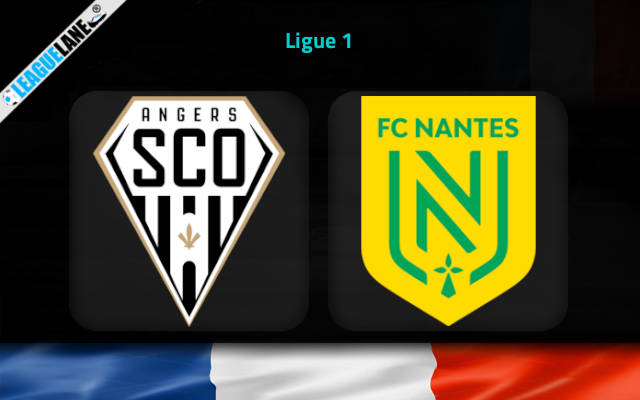 Both Angers and Nantes have been going through a hectic stretch lately. Both these teams are letting in goals in huge numbers and at the same time they are finding the back of the net consistently as well.

Angers had to settle for a 14th place finish the last season in the French top flight and they had let in goals in plenty all through this run. However, it also deserves to be mentioned that they had found the back of the net in almost similar numbers as well.

And impressively, they have been on an unbeaten run at home lately, and have built a huge momentum as a result as well.

In fact, their latest defeat in front of their home crowd had come more than 3 months back and this loss had come against PSG of all teams.

Meanwhile, Nantes had to settle for a 9th place finish the previous season in the French league and they do have a similar story to share about their goal-scoring exploits. However, one thing that definitely needs to be taken into account is the fact that they had won the Coupe de France the previous season.

Despite the presence of some mammoth teams in the tournament they managed to lift the trophy at the end of the campaign and as a result they earned the right to represent France in the upcoming edition of the Europa League.

Going on, majority of h2h clashes over the years also had goals in plenty and judging all these observations it is inferred that we are about to witness another high-scoring affair between the 2 squads.

Angers were unbeaten in 10 of their past 15 overall fixtures and it needs to be mentioned that their last 3 straight games had 4 or more goals. Do also note that they are on a 7-fixture unbeaten run at home and impressively 4 of these were wins.

On the other hand, Nantes are also unbeaten in 10 of their past 15 overall matches and in the process, they had gone on 2 separate 2-game winning streaks.

Considering these stats and importantly the previous head-to-head scorecards, anticipate goals to come in plenty this Sunday.

Tips for Angers vs Nantes