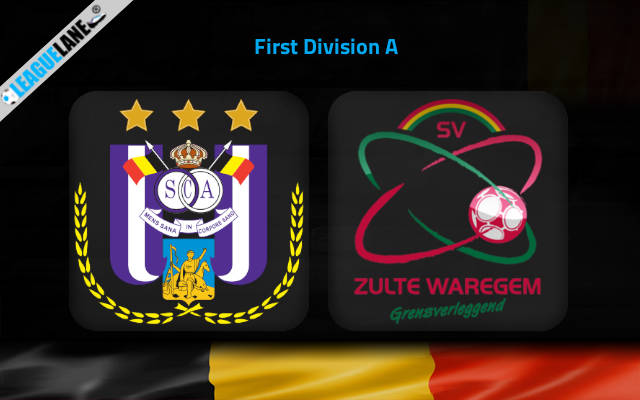 Zulte Waregem has slowly descended to the mid-table following top half finishes for much of the start of the previous decade. The club even went on to compete in the Europa League twice in the last decade. Currently, the team is fighting against relegation.

Anderlecht meanwhile is on a pretty routine season challenging to finish within the Championship Round spots.

These teams are scheduled to compete at Lotto Park in a league fixture this Sunday afternoon. Read our Preview, Predictions, and Betting Tips with Analysis here.

Draws have proved to be their Achilles heel which has stopped them from pushing further up the table. The club is 6th in the league, 9 points off the top.

Waregem has not had the best seasons. Their defensive issues have affected them hugely as they conceded the most goals in the division.

They are currently just outside the relegation zone with 17 points and just 5 points behind Eupen in 8th place.

Anderlecht are undefeated at home since the end of July. However, one should consider the fact that they have dropped points through draws in 6 of those 10 games.

To add to it, the visiting side has avoided defeat in 5 of their 7 games on the road. They have managed this feat despite visiting top half teams such as Mechelen and Eupen. I have gone against the odds and backed a draw with the above in mind.