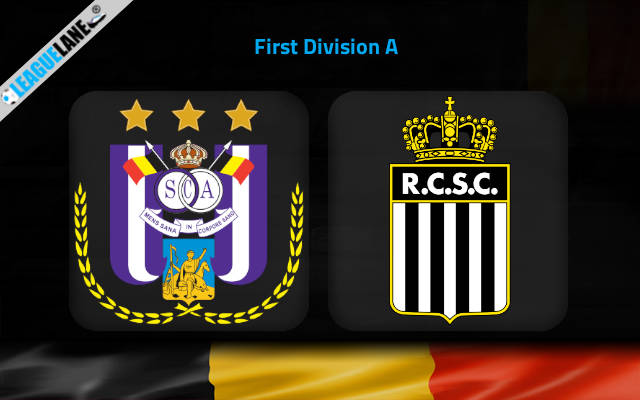 Anderlecht had their last match against Gent. The match was goalless until the last ten minutes, when Anderlecht scored a goal in the match, making it difficult for Anderlecht to score an equalizer. The match ended with 1-0 FT score.

The loss in the last match ended the team’s six-game unbeaten streak. They have played well in their matches throughout the season. The team now stands 5th on the league table with 58 points from their matches.

Sporting Charleroi has played well in their matches this season. From the last ten matches, the team has got four wins, four draws and two losses. They are also unbeaten in their last four matches. The team currently stands 6th on the league table with 51 points from their matches.

Sporting Charleroi played their last match against Cercle Brugge, in which Charleroi scored five goals while Brugge could score none. The match ended with 5-0 FT score.
With the regular season of Jupiler almost at the end, Anderlecht and Sporting Charleroi’s current standing give them the chance to play in the qualifiers for the groups stages.

Anderlecht and Sporting Charleroi have performed well in their matches this season. However, Anderlecht has shown more promise in their recent performance than Charleroi. The host has won in six of their last ten matches, while the visitors have won in only four.

Looking at the records, I believe the match will end in a win for Anderlecht. Both teams have scored in most of their recent matches and can be expected to score in this match as well, ending the match with over 2.5 goals.