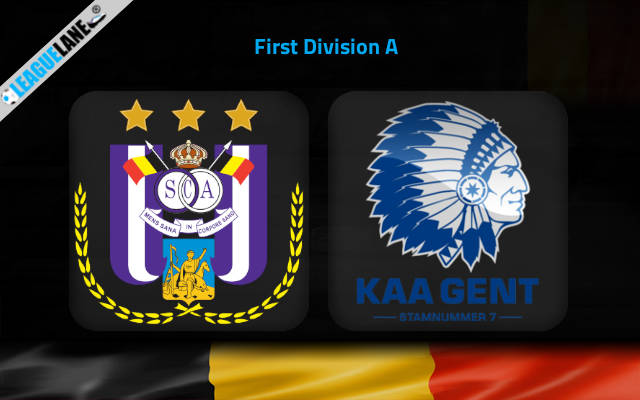 Anderlecht’s recent trip to Stade Joseph Marien ended in a defeat against a strong Union Saint-Gilloise. They will now turn their attention towards league rivals Gent for match-day 6 in the Belgian Jupiler League.

Manager Felice Mazzù deserves all the praise for the team’s recent performance in the Conference league playoffs. As they managed to advance to the next round by defeating Swiss club Young Boys.

However, the Purple & White suffered a second defeat of the season in their most recent league outing. It is interesting to note that they are yet to draw a single game. They are only behind Antwerp in terms of the total number of goals conceded.

Meanwhile, Gent’s confidence seems to have plummeted as they are on a three-game losing streak in all competitions.

The De Buffalos are currently at the ninth position in the league table. Antwerp handed them their first defeat of the season in their most recent league encounter. Sven Kums scored the only goal in that game.

If the De Buffalos lose this fixture, manager Hein Vanhaezebrouck will have a lot of questions about his future. Hence securing a win will be the only objective for his team.

Both teams suffered a defeat in their most recent league game. Therefore this game will not lack any goals from both sides. It is important to mention that Gent have lost their last three consecutive games in all competitions.

Following a defeat against Omonia in the Europa League playoffs they will now turn their full focus on this upcoming fixture.

On the other hand, the Purple & White will look to bring their winning momentum back in the domestic league.

Therefore, we predict Anderlecht to win this game – the odd is at 2.20 for this tip.

You can also bet for Both Teams to Score bet at 1.61 odd – this is considering that both teams have scored in two of their last three games at Lotto Park.