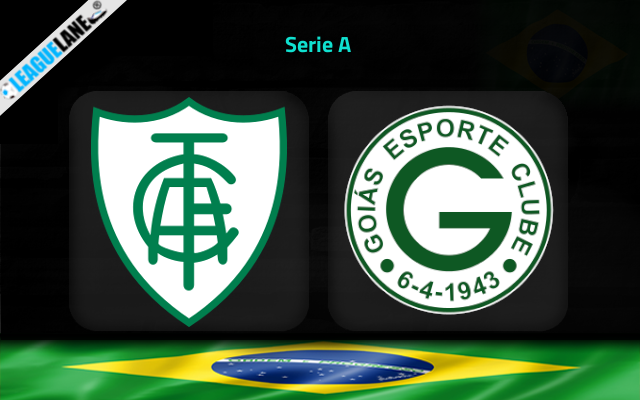 America MG had an average start to this season. They are currently inconsistent as they records a winless outcome often. As a result, they are pushed down to occupy the 17th spot of the table. They will be hoping to climb up to a better position.

America MG recorded a 3-0 defeat against Flamengo on road in their most recent league fixture. It was their fifth winless recording in the past six league fixtures. Their only win in the past five outings were against Cuiaba who currently occupies inside the relegation spot.

Meanwhile,Goias had an unimpressive start and was going winless for the first four games this season. However, they have bettered themselves by recording unbeaten outcome further. They have turned dreadful of late and are at the 14th spot of the table at present.

Goias were last seen playing a 1-0 winning league outing at home against Cuiaba in a Serie A fixture. It was their only win recorded in the past five league outings. They had a terrific transformation before and failed to maintain it further.

The home form of America MG is decent of late. They have recorded four unbeaten outcomes in the past 5 league fixtures at home.

On the other side, Goias possess an inconsistent form on road at present. They are winless in each of their past two league on road fixtures.

Even though Goias have a good head to head form overall, America MG remains decently strong while having the home advantage. Adding that with their current home stats, we have enough reasons to back America MG.