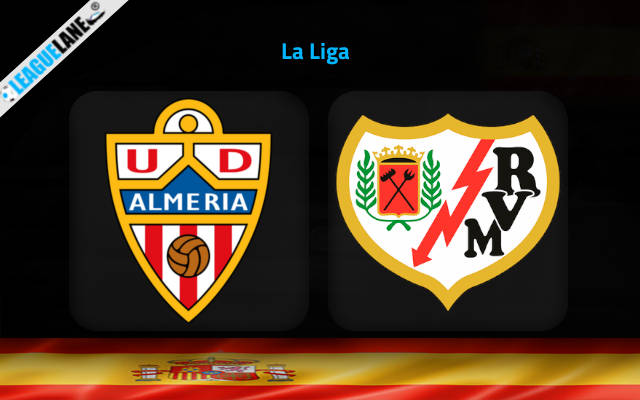 Our tipsters are expecting a tight clash when the newly promoted Almeria welcome Rayo Vallecano on matchday 8 of the 2022/23 Spanish La Liga.

Almeria have dropped to relegation waters after the 4-0 defeat with Bilbao. They never get going in this campaign and managed just 1 win from 7 and suffered defeats in a massive five.

The lone win came by surprise against Sevilla, but this is now history as they try to bounce back from a four match losing streak without troubling the scorers.

Rayo Vallecano are slightly better, but nothing spectacular since they started the campaign by holding Barcelona to a goal less draw at Camp Nou.

They managed two wins from the last five games, both coming at home and they will be looking for the first away win since drubbing Espanyol on matchday 2.

Unlike their hosts, Rayo have firepower in the final third and scored in 6 of the last 7. They have also netted in three consecutive away games and will prove a handful to the goal shy Almeria on Saturday.

As mentioned at the start, this will be a tight clash and we are expecting a low scoring affair on Saturday.

Thus the first pick for this La Liga match between Almeria and Rayo Vallecano is the under 2.5 goals priced at 1.75 odd.

Though the bookies price the two teams as even favourites, we are backing the visitors to win this.