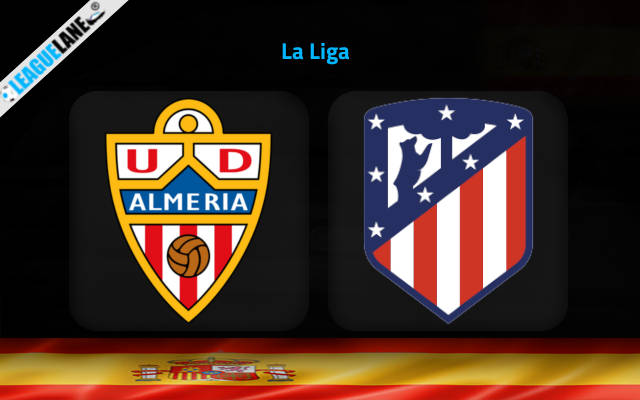 Atletico Madrid are going through a turbulent period these days. They have just announced the departure of star forward Joao Felix who replaced Madrid for London to play for Chelsea on loan until the end of the season.

Allegedly, Diego Simeone is set to leave Atleti’s bench at the end of the 2022/23 campaign and Joao Felix will return to Estadio Civitas Metropolitano ahead of the start of the next season.

Los Colchoneros are generally not enjoying the very best of the campaigns this term. They dropped out of the top-four in La Liga table once again last weekend, following the 0-1 home defeat to Lewandowski-less Barcelona.

Simeone will face a very tough task to secure another Champions League campaign with Atletico Madrid. The potential failure to qualify for the spot in the elite continental competition would be devastating for this outfit.

Atletico Madrid will thus not travel to Estadio de los Juegos Mediterraneos in the highest of spirits on Sunday afternoon when they are set to close the Matchday No 17 with the clash against Almeria.

Almeria did not offer great displays in two league outings after the World Cup break, scoring just one goal in total against the likes of Cadiz and Real Sociedad.

However, it is worth saying that Almeria have been playing much better in front of their fans than on the road this season.

All of their five league wins have come at Estadio de los Juegos Mediterraneos. With Atletico’s current form, we would by no means be surprised to see an upset victory for the hosts here.

Almeria are very tough to beat in front of their fans. Atletico Madrid have big problems with the spirits in their dressing room.

We see the value in backing the hosts to claim the spoils here. We expect Almeria to make the difference by netting a single goal which makes the Home Win & Under 2.5 goals FT a great betting option at the odds of 9.00