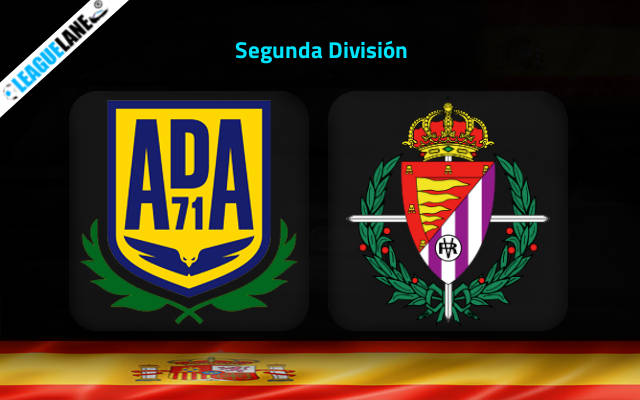 The bottom placed Alcorcon will be hosting the Valladolid squad who are leading the LaLiga2 Play Offs at Estadio Municipal de Santo Domingo this Sunday where the visitors will be eyeing to snatch all 3 points to hide their shameful two back to back losses.

The White and Violets are 3rd in the league with 58 points but they has been recently losing momentum. They won 17 games from the 32 matches played while settling for a tie on 7 other fixtures. Tenerife is just behind their back in order to attain the top Play Off spot.

Real Valladolid side are challenging for the automatic promotion spots but they come into this on the back of consecutive league defeats against Real Oviedo and Las Palmas.

On the other side, Alcorcon resides at the rock bottom closing the 22nd position on the table with a mere 18 points. Of the 32 matches played, they lost 20 of them which is the highest in the league. They also posses a dreadful defense in the league conceding a total of 57 goals up to this point.

AD Alcorcon head into this fixture after a goal-less La Liga 2 stalemate against Amorebieta in the previous game. Fran Fernández’s side has been disappointing as of late, since they have won just twice of their 25 recent games across all competitions.

The visitors are undefeated in 62% of the away games played on road this season. Moreover, they have not been defeated in their last 6 away games against this rival. Despite their recent out of pace, Valladolid should get back on track with a victory in this one.