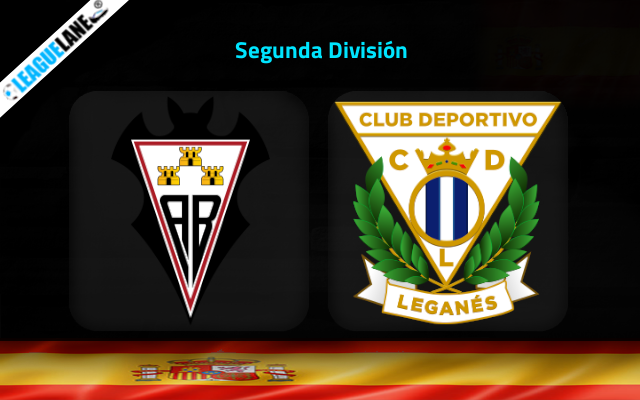 Albacete vs Leganes Predictions and Free Tips from our expert tipsters when the teams go head-to-head in the Spanish Segunda Division on Monday, 16 January 2023.

Albacete and Leganes are currently sitting at alternative positions in the league standings. Leganes is at 7th position while Albacete sits at the 8th position.

Going on, both the sides are following a streak of unbeaten games in the league. Leganes have a comparatively better recording as they follows a 11-game unbeaten streak against Albacete’s four.

Leganes won three of the past six clashes against Albacete. The reverse fixture ended in a 1-2 win for Albacete.

At this venue, Leganes is following a three-game unbeaten streak against Albacete. Three of the past four meetings had under 2.5 goals ft.

Who will win the match between Albacete vs Leganes?

Albacete were winless in three of the last five home outings. On the other side, Leganes is on a four-fixture unbeaten streak on the road.

However, it is worth noting that both these sides have often been recording draws at respective patches.

Since Leganes owns a slight edge in all the above stats, we expect a result in favor of them.

Albacete have the most number of over 2.5 goals matches this season. But their matches at home were mostly low-scoring matches.

Moreover, 70% of the away matches played by Leganes had goals under 2.5 ft. Therefore, we expect this match to have under 2.5 goals.

Bookmakers are not in favor of neither and the high odds for both is basically due to the current form of both sides. However, Leganes have been delivering unbeaten performances for quite some time now.

We therefore, like to place Leganes or Draw at 1.50 odds as the main betting tip here. For the second tip, we like to place under 2.5 goals option at 1.55 odds.