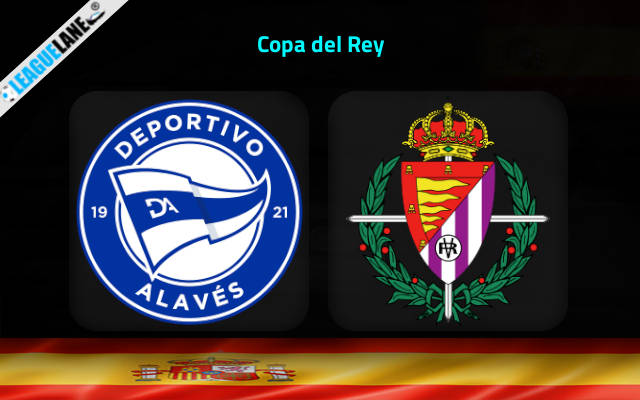 Alaves vs Valladolid Predictions and Free Tips from our expert tipsters when the teams go head-to-head in the Spanish Copa Del Rey on Wednesday, 04 January 2022.

Neither of these two teams are having a decent form at their respective league lately. They both have won just once in the last five matches across competitions.

Going on, Alaves have managed to seal a clean sheet victory in the past two rounds. But that won’t make things easy for them as they faces Valladolid who sit 15th in Laliga standings.

Alaves won three of the last four head to head matches agianst Valladolid. The latest encounter had finished in a 1-0 win for Alaves.

At this venue, Alaves is on a four-fixture unbeaten streak against Valladolid. Affairs between these two at this stadium have generally been high-scoring lately.

Who will win the match between Alaves vs Valladolid?

Although Valladolid displays an inconsistency in Laliga matches, they succeeded in sealing impressive victories in the previous rounds of Copa Del Rey. Valladolid won the past two rounds scoring goals in a fashionable rate.

However, we are quite not sure about choosing them over Alaves here considering the h2h recordings. Since Valladolid plays a better competition than Alaves, we expect a result in favor of them here.

Their recent h2h stats suggests an over 2.5 goals ft scenario here. Moreover, Valladolid owns a good attacking side In Copa Del Rey at the moment. In that case expect goals over 2.5 ft here.

Since Alaves succeeded in scoring in the last two rounds, expect this match to have goals from both ends.

We can’t rule out the chances of a draw here considering the history of the matches played between these two. Therefore we like to place the Draw no bet option in favor of Valladolid at 1.66 odds as the main bet.

For the second tip, we like to place the both teams to score option at 1.80 odds.