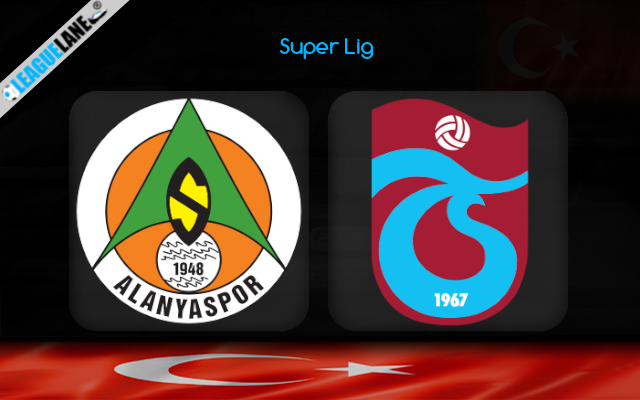 Alanyaspor vs Trabzonspor United Predictions and Free Tips from our expert tipsters when the teams go head-to-head in Super Lig on Monday, 09 January 2023.

Trabzonspor’s four-game unbeaten run finally ended when they lost to Fatih Karagumruk by 4-1. They have a busy month ahead of them and manager Abdullah Avcı’s first objective is to win the maximum number of points from their five fixtures this month.

On the other hand, Alanyaspor looked lost on the field when they played against Kasimpasa. Ahmed Mahgoud could only score a consolation goal in that 4-1 defeat. They have a good winning record at home this season.

At Bahçeşehir Okulları Stadium, Trabzonspor are on a three-game unbeaten streak against this team. Both teams played against each other back in February and the visitors won that game by 4-0.

The visitors have dominated this fixture in the last three years as they are unbeaten in six of the last seven head-to-head meetings.

Who will win the match between Alanyaspor and Trabzonspor?

We are backing Trabzonspor to take all three points from this game. They are the favourites to win as they have performed well at Bahçeşehir Okulları Stadium in the last three years.

The host are winless in four of their last five outings. They struggled against a mid-table team like Kasimpasa in their last league outing.

Two of the last three encounters between these two teams ended with more than three goals combined. At Bahçeşehir Okulları Stadium a similar pattern is observed.

Both teams have scored in three of the last four head-to-head meetings. The only exception is when both teams played back in February.

The first tip is that Trabzonspor will win this game by 2-1 – at 9.50 odd. The visitors have scored at least two goals in their last two wins against this team. At Bahçeşehir Okulları Stadium they have scored two goals in three of the last five encounters.

Our second tip is that Both teams to score – at 1.61. Barring the February meeting, both teams have scored a combined total of eight goals in the last three encounters.