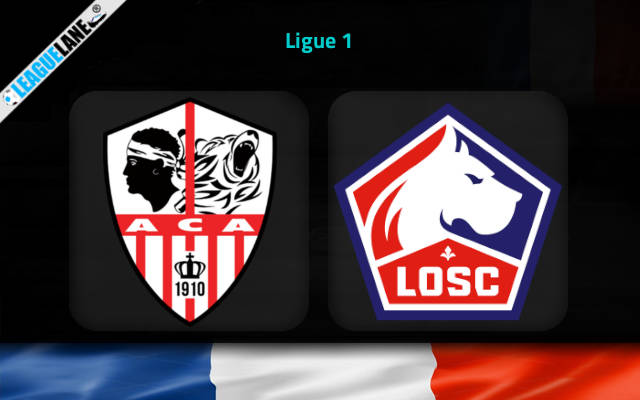 Lille might be the previous champions of France but currently they could be mistaken for a team from the bottom tier of the league. Ajaccio will try their absolute best to take advantage of the struggles of their counterparts.

Lille were pitted against current champions PSG the last match-day, and against their fearsome frontline the team lost 1-7 in front of their home crowd. It goes without saying just how much of a hit did their confidence take as a result of this defeat.

They are desperate to make amends and to save face. They are surely going after a huge win this Friday.

And this is where Ajaccio come in. Note that this team was promoted to the top flight just at the end of the previous season. They were part of the second division and had secured a second-place finish there in 2020-21.

And as expected they have been finding it hard to deal with the veterans of the top flight. Not only have they been on a long winless run so far, but it worries their fans that disregarding just a single draw they have 100 percentage losing record.

Moreover, they also have a poor head-to-head record against this rival over the years and taking into account all these observations it is expected that we are about to witness a victory for Lille this weekend.

Ajaccio are on a 5-game winless run and they had also lost 2 of their past 3 fixtures. Note that they had let in 2 or more goals in 2 of their previous 3 fixtures as well.

Moreover, they have a superior head-to-head record against this rival as well. For these reasons it is expected that Lille will deliver a winning performance this weekend.

Tips for Ajaccio vs Lille