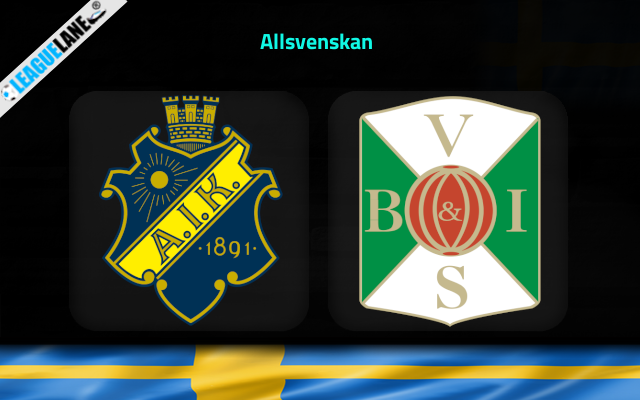 AIK expected a strong start but failed to record so as they lost two of their opening three fixtures. They have leaked goals in a worrying fashion while scored with an average of one per game. The start is not that impressive for sure.

However, they will be hoping to gain some momentum with the aid of home advantage in the coming league fixture. AIK have succeeded in recording enough of positive displays in the past 15 fixtures across all competitions. Following that, they will be having enough of spirits to face their next league rivals.

Meanwhile, Varbergs had a decent start to this season. They have recorded a couple of victories in the first three league fixtures. Anyways, they will be looking for a better position in the table by bagging points from their upcoming league fixtures.

Varbergs are having a decent form when analyzing their past 15 fixtures across all competitions. They are unbeaten in 10 of those 15 fixtures. Anyways, their stats this season doesn’t look so promising as they leaked three goals in a single match while scoring a sum of three goals in all the three matches.

AIK is having an excellent form at home lately. They are unbeaten in 13 of the past 15 home affairs across all competitions. 10 of those 13 unbeaten home fixtures were a positive display.

On the other side, Varbergs also possess a decent form on road. They are unbeaten in 10 of the past 15 on road fixtures across all competitions.

Comparing both, we think that AIK is having the potential to seal a win as they possess a better form at home and the head to head clashes with Varbergs in the history of this match-up. Therefore, we are backing AIK to record a positive from this fixture.