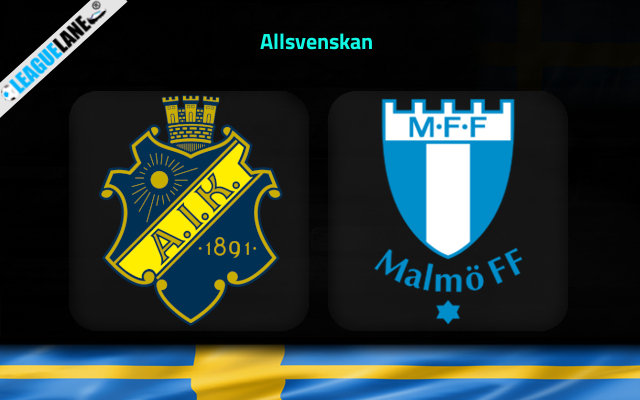 Interestingly, this will be the second head to head meeting between these two rivals in this term of Allsvenskan although we are just seven rounds in the 2022 campaign.

This is the 18th round clash which is set to be played much earlier, after the regular Gameweek No 7.

AIK will be hoping to get revenge for the painful 3-0 defeat they suffered in the reverse clash in Malmo just a month ago.

It was one of the team’s two defeats so far in the season. AIK have won five and lost one of the remaining six games.

The team led by Bartosz Grzelak won all four matches on the home patch so far in the campaign, without conceding a single goal in the process.

On the other side, Malmo have shipped just one goal in their opening seven games of the new season.

However, they have drawn three of these seven matches, meaning they are currently lock on points with AIK in the second position of the league table.

Malmo eased past Mjallby 2-0 on Saturday afternoon, scoring two goals in the first half of the one-sided affair which saw them register as many as 24 attempts (12 of which went on target) on the occasion.

The Under 2.5 goals FT is a great betting option at the 1.57 odds since both teams are great defensively at the beginning of the season. AIK are yet to ship a goal at home this season, while Malmo allowed only one in seven outings so far.

Also, since none of the previous four H2H clashes at Friends Arena brought a winner, we like the draw at the 3.20 odds.