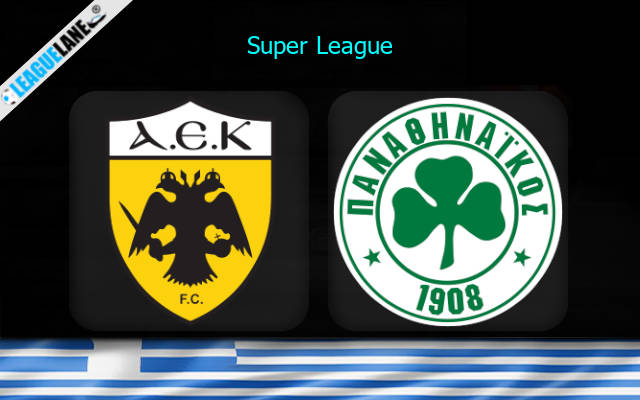 AEK Athens vs Panathinaikos Predictions and Free Tips from our expert tipsters when the teams go head-to-head in the Greece Super League on Sunday, 08 January 2023.

Panathinaikos are yet to concede a defeat in this season. They are at the top of the table with a seven points difference with their Sunday’s counterparts and second position holder AEK Athens.

This fixture between the current top two teams has the potential to deliver one of the most competitive displays of this campaign. Panathinaikos owns the best defensive side while AEK Athens are in possession of the best attacking side.

The past four overall wins were evenly split, with two each for either sides. Six of the last 10 meetings between these two saw the landing of both teams to score option.

AEK is having a three-game unbeaten streak against Panathinaikos at this stadium. It deserves to be mentioned that three of their last five meetings at this venue ended in a draw.

Who will win the match between AEK Athens vs Panathinaikos?

AEK have won all their home matches ever since conceding a defeat against NFC Volos in their first home fixtures in this season. On the other side, Panathinaikos won all the road trips barring a single draw.

Going on, the h2h tradition are also in a tally of late. Therefore, we are quite not sure about selecting a clear winner from this. A draw seems to be the only ideal result we can select here.

Although we expect a competitive battle between these two, the possibility of goals coming over 2.5 are very slim as these two teams are having a strong defensive side.

We do expect a both teams scoring scenario here. The attacking side of both these sides are capable of scoring one against the top two defensive side of this season.

We are left to back the draw option at 3.10 odds as neither of these two sides are displaying an upper hand in their above mentioned recordings.

For the second tip, we like to place the both teams to score option at 1.95 odds considering the goal-scoring potential of both.