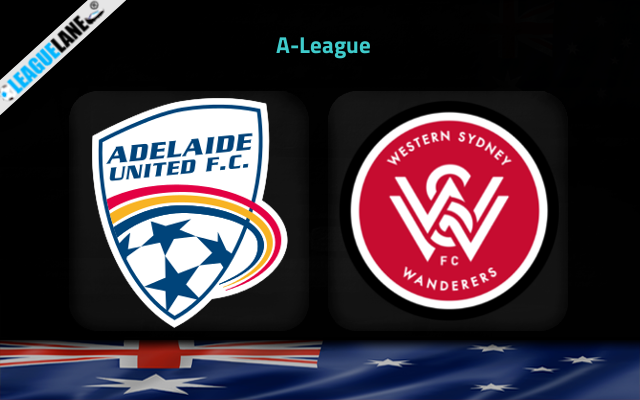 Adelaide United have secured their spot at the 3rd position on the spot after collecting 12 points from the past 5 league fixtures adding up to 27 points in total. They are consistently putting up satisfying performances with the support of an impressive Offensive and defensive lineup.

Adelaide United were last seen on an A-League matchday against Newcastle Jets at home. The match ended up as a win for them. With that win, they are now on the back of three subsequent winning games. Following such a set of positive outcomes, they will be having highest of spirits.

Meanwhile, Western Sydney Wanderers remains at the bottom half of the table with a total of 15 points. They have a disappointing offensive and defensive lineup.

They have conceded a defeat against Macarthur FC in their most recent league fixture. It was their third defeat in the past five league fixtures. Their inconsistent form in the league since the beginning is a bit worrying for their head Robinson.

By the looks of things, we don’t expect anything impressive from Western Sydney Wanderers when they travels to Coopers Stadium to face this Adelaide United outfit on Wednesday morning.

Adelaide United are unbeaten in 5 of the total 7 league fixtures at home. They are on the back two straight home victories and will be hoping to make it three.

On the other side, Western Sydney Wanderers have only won once on road since the beginning of this campaign. They lost 5 of the 7 league fixtures away from home and are currently following a four-game losing streak. With such a form in effect, we can’t expect a win for them against the in form Adelaide United outfit.

Therefore, we are backing the hosting Adelaide United to seal a win from this fixture.