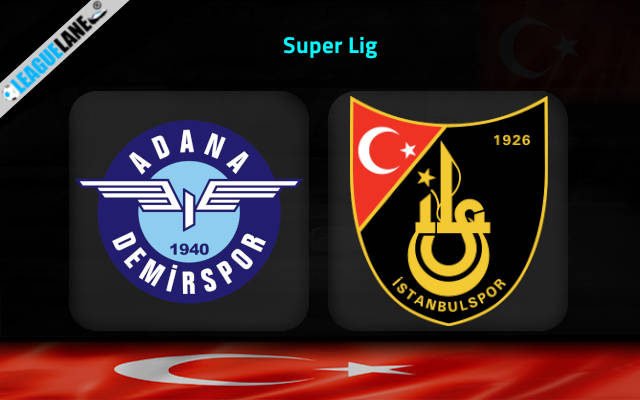 Adana Demirspor dropped out of the top-three teams in the Super Lig table after the 1.0 defeat to Besiktas last Thursday.

They will now get a nice chance to return to winning ways seven days later with the home fixture against Istanbulspor on schedule in Matchday No 17.

Adana Demirspor have been one of the most pleasant surprises of the season so far in the top flight of Turkish football.

They are yet to lose a home match this term with a record of four wins and two draws in six outings at Yeni Adana Stadyumu.

Their head coach is former AS Roma striker Vincenzo Montella who is doing an amazing job with this group of players.

Adana do not have an individual star but rather a group of players who function perfectly together and they are ready for huge things this season.

We see them as absolute favorites here against recently-promoted Istanbulspor despite the fact the visitors have just celebrated their third win of the season last week.

Nevertheless, Fatih Tekke’s troops are still among the main contenders for the immediate return to the second class football next season. They do not have much to hope for here against Adana.

Everything points towards an easy home win here and we will back Adana Demirspor to have the lead at the half time and win the game at the end as the main betting option at the odds of 2.10.

You can alternatively try with the hosts to win 3-0 as the correct score attempt at the 10.00 odds.