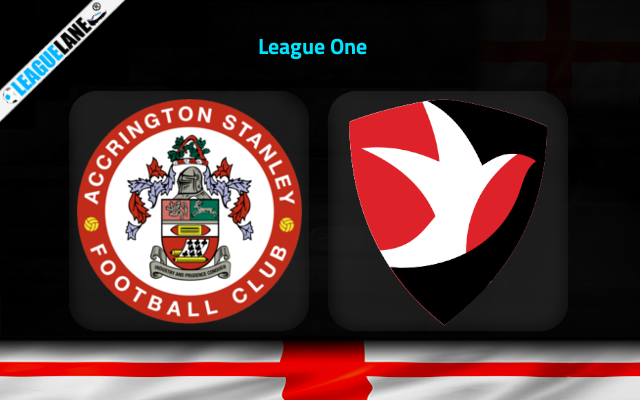 Accrington sits 13th on the table with a total of 50 points. They are well clear from the relegation spot as well as the promotion zone. They are having a seesaw of form in the league. They possess a disappointing offensive and defensive lineup.

Accrington recorded a 1-2 defeat at home in their most recent league fixture. With that defeat, they are now following three subsequent winless games in the league. They will be hoping to better themselves.

Meanwhile, Cheltenham sits 12th on the table with the same points like Accrington. But they have a different goal numbers which allows them to sit a position above them. They have an impressive offensive and a disappointing defensive lineup.

Cheltenham were last seen conceding a demolishing 4-1 defeat against Sheffield Wednesday away from home in their most recent league fixture. They are now following two back to back defeats and will be entering this fixture with the hope of recording a win.

By the looks of things, either of these outfits will go after three points. Therefore, we expect a tight encounter between these two League One clubs at The Wham Stadium on Saturday afternoon.

Accrington have only lost once in the past 10 league fixtures at home. They have won six of those 10 home affairs.

On the other side, Cheltenham are unbeaten in four of the past 7 on road fixtures. We saw them scoring in 7 of the past 10 on road league fixtures.

Analyzing all the above stats along with their recent head to head recordings, we back them to end up in a score draw.