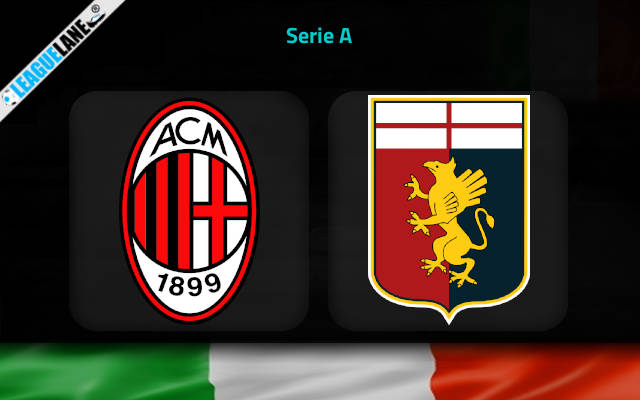 AC Milan finally have a chance to secure the Italian title after more than a decade. They have been desperate for this chance for quite a long time, and they will not let it out of their hands without a fight.

At the moment, they are placed first in the table, with a two-point lead over the second-placed Inter, who also happen to be the defending champions.

However, the title-holders have a game in hand, and this could create problems for the toppers. As such, they are desperate for a win, and just as the doctor ordered, they have an easy match-up coming up.

The toppers are at home, and are pitted against the 19th placed Genoa, who have been one of the absolute worst teams in the Serie A.

Genoa have won just twice all through the campaign, and only one of these wins have come on the road. Moreover, they also have a poor h2h record against this rival over the years.

By the looks of things, expect potential champions AC Milan to deliver a much-needed win this Friday.

AC Milan were held to a 0-0 draw the last match-day on the road by Torino. But they were unbeaten in their last 12 fixtures, and they had also remained so in 16 of their past 17 games.

They have also lost just once at home in the whole of 2022 so far.

On the other hand, Genoa lost 1-4 at home the past game week, against Lazio. They are on a two-fixture losing streak, and they had remained winless in 32 of their past 35 overall fixtures.

Taking into account these observations, and past h2h stats, expect a win for AC Milan this Friday.

Tips for AC Milan vs Genoa