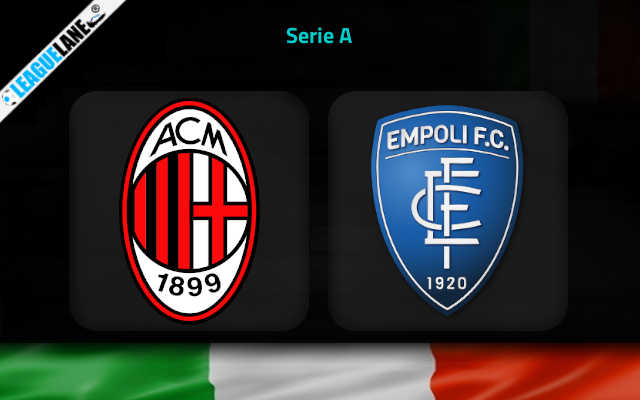 AC Milan returned to winning ways after highly disappointing back-to-back draws to the likes of Salernitana and Udinese in the previous two Serie A rounds.

The Rossoneri are now lone at the very top of the league standings thanks to a huge 0-1 victory over former joint-leaders Napoli away at Stadio Diego Armando Maradona.

Former Chelsea forward Olivier Giroud made the difference netting the only goal of the game just after the break.

Stefano Pioli’s men controlled the match throughout its whole course, letting their counterparts register no more than two attempts on target on the occasion.

Milan will have a great chance to back this win up and keep the two-point advantage on Inter at the top of the standings on Saturday evening when out-of-form Empoli come to visit Stadio Giuseppe Meazza.

Empoli dropped to 13th position in the Serie A table after a run of twelve consecutive matches without a victory.

Aurelio Andreazzoli’s men offered another disappointing performance on Sunday when they barely avoided a defeat in a goalless stalemate away at relegation-threatened Genoa.

Empoli have failed to find the back of the net in three subsequent away matches in the league. It is a poor streak if we know they have faced the likes of Bologna, Sampdoria, and Genoa in the process.

The fact they have registered just two attempts on target last weekend against Genoa at Stadio Comunale Luigi Ferraris says enough about their current offensive form.

AC Milan have kept their net untouched in the last two games against the likes of Inter Milan (a 0-0 draw in the first leg of the Coppa Italia semifinal) and Napoli (a 0-1 win in the last weekend’s Serie A derby in Naples).

Empoli did not score in three straight away matches in the league. We will back AC Milan to win to nil at the attractive 2.20 odds as the main betting option here.