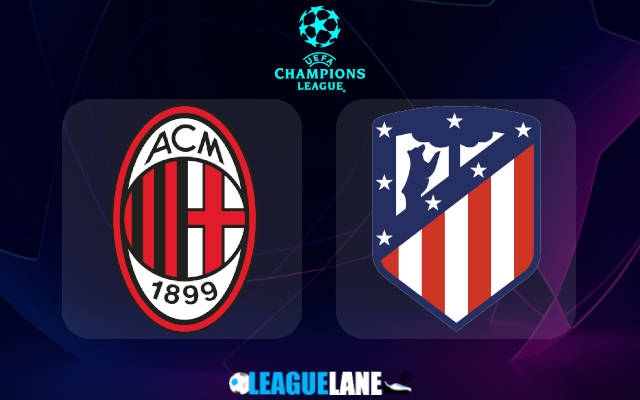 Both Milan as well as Atleti made poor starts to their UCL campaign, and have already invited some unwanted pressure in the early stages of the competition. A win is a must for either this Tuesday, if they are serious about progressing to the knockouts.

Liverpool being in the same group has complicated things for these two. As of now, the Reds are at the top of the table, while the Italians are placed bottom-most. Meanwhile, Diego Simeone’s men are second in standings.

Liverpool take on Porto this game week, and are expected to win. As such, whoever loses between Milan and Atleti, could bid goodbye to their hopes of securing a ticket to the Round of 16.

On that account, this upcoming encounter will have the air of a knockout fixture. And we could expect a fiercely competitive game at the Stadio Giuseppe Meazza.

Milan had lost 3-2 on the road the last match-day in the Champions League, against Liverpool. They had a chaotic fixture, which saw them concede an own goal, as well as bottle a 2-1 lead.

In the meantime, Atleti were held to a 0-0 draw at home by Porto. They were expected to secure a win, and go to the top of the table.

This Tuesday, both Milan as well as Atleti will be looking for wins. They simply have no other go, and this sets the stage for a competitive fixture.

The Italians have not once failed to score a goal in a game this season, and they also have a 100% winning record at home in 2021-22. In fact, they have scored two or more goals in every single home appearance this new season.

On the other hand, their counterparts are the reigning champions of Spain, after beating Barcelona as well as Real Madrid to the title.

Likely, expect either squad to deliver their best on the pitch, and find the back of the net at least once in this crucial match-up.