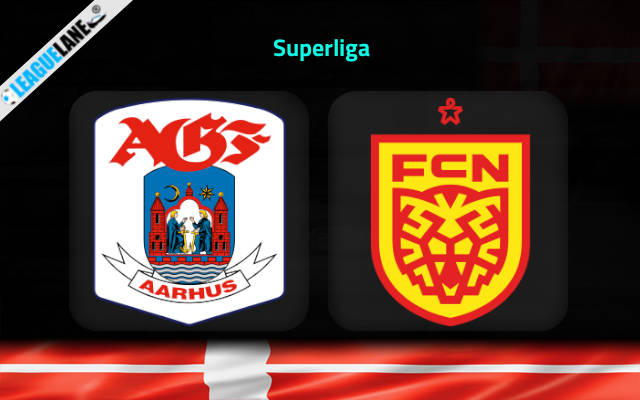 Relegation playoffs for Superliga is underway and Nordsjaelland travels to Aarhus to play against AGF on Saturday.

Aarhus has played poorly in their matches recently, failing to secure a single win in their last thirteen matches. Their poor performance has put the team fourth in the relegation zone with only 29 point from their matches. The team still might get relegated if the bottom placed team secure a win in the upcoming match.

Aarhus played their last match against Viborg. Viborg scored one goal in the match while Aarhus could score none, ending the match in a loss for Aarhus with 1-0 FT score.

Nordsjaelland played their last match against Vejle, in which Nordsjaelland scored two goals while Vejle could score none. The match ended in a win for Nordsjaelland with 2-1 FT score.