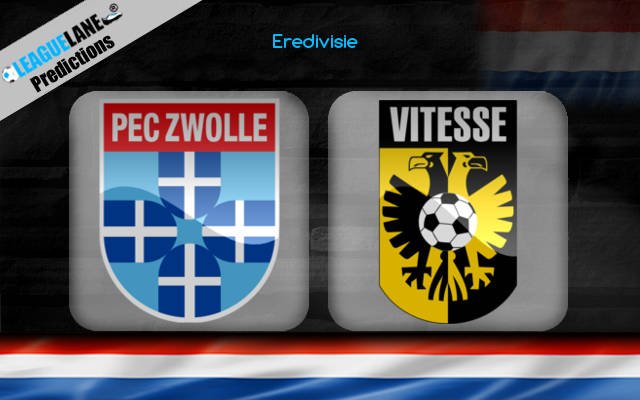 Vitesse have found it hard to maintain the levels they had shown earlier in the season, this last month. However, they have an opportunity coming up this weekend, considering they are taking on an out-of-form Zwolle, who are placed in the relegation zone.

Zwolle lost 2-0 on the road the last match-day, against Alkmaar. The defeat continued the dismal run of the team, and with just ten more match-days remaining in the season, the squad is flirting with the idea of relegation.

Vitesse lost 1-2 at home against PSV the prior game week. While it was still a loss, the fact that it had come against one of the best teams in the competition, reduces some impact. However, the defeat will surely force to them to aggressively go after points, considering they are in contention for a playoff spot.

As of now, since November Vitesse have lost just thrice in total, and two of these had come against Ajax, and PSV. On the road, they have lost just once since November of last year. On the other hand, counterparts Zwolle have a total of three wins in total since October, and this puts them in a streak of 14 winless fixtures from the prior 17 attempts.

In addition, at home, Zwolle have managed a total of one victory in the past three months. Going on, and most importantly, the team is on a losing run of four matches against this opponent, and conceded 11 goals in the process. Also, Vitesse had recorded 15 of the prior 17 h2h wins, and only twice have lost against this rival at this stadium since 2000.

Taking into account all these findings, it’s inferred that Vitesse are on course to record a winning performance this weekend.