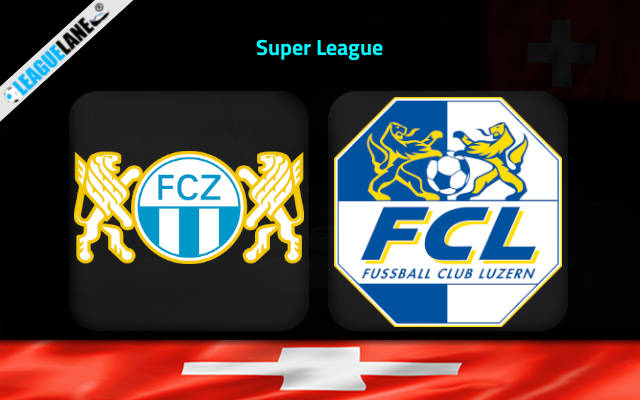 The final round of Swiss Super League start this Sunday as Zurich play host to the relegation fighting Luzern. These two sides will be seen battling out at Letzigrund Stadion.

Zurich are is at top flight in Super League with 76 points from 35 games. They won 23 times in the league while drew on 7 and lost on 5 other occasions. The hosts are already confirmed as Swiss champions since they a 17-point lead from the second placed Basel. They have one of the best attacking side this season netting 76 goals in total.

The hosts have lost their last last game by 1-2 to Lugano ending their 5-game unbeaten run in the league. Zurich have no pressure while approaching this game and they even acquired a Champions League qualifier ticket for next season.

On the other hand, Luzern resides at the 9th position on the table with 37 points. Of the 35 matches played, they won 8 while having drew on 13 and lost on 14 other occasions. They have regained their momentum recently but a win here won’t help them from relegation but the visitors need FC Sion to also lose their final game.

Luzern enter this fixture after a 2-2 Super League stalemate against Young Boys. Their struggles at the defensive end of the pitch has also been another key factor as they have conceded 62 goals thus far, although they have been solid at the opposite end of the pitch with 49 goals scored until this point.

Zurich lost only once at home after playing 17 home games this season. They also come here on the back of 4 straight unbeaten run at home. It’s possible we could see a couple of goals here, as they have netted in the last 5 games coming into this one while netting 12 in total.

Meanwhile, Luzern has put together a good run of form and has now gone 4 games without defeat. They need to win here as it’s their last hope to avoid relegation.

We feel that a home win is up for cards as the hosts have won the last 3 h2hs in a row while maintaining 2 cleansheets on the way.