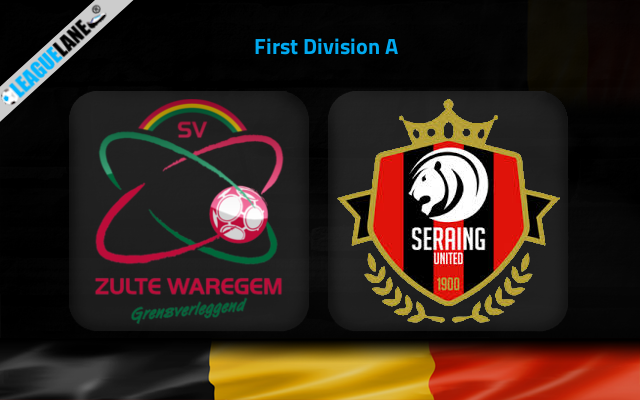 Zulte Waregem had a disappointing form throughout the past season. Their unimpressive run pushed them down to the 16th spot of the table. They escaped the relegation spot with a difference of just four points.

Meanwhile, Seraing also had a disappointing form the past season. Their run was much disappointing than that of Zulte Waregem’s. They were at the 17th spot at the end of the past season, inside the relegation spot. Anyways, they won against RWDM and returned back to the league.

Neither Zulte Waregem nor Seraing had a decent form the past season. Therefore, both these outfits will be hoping for a better display this season. They both will meet each other in their first match this First Division A season at Elindus Arena on Saturday evening.

We can see Zulte Waregem playing a long set of friendly fixtures since the completion of the league fixtures past season. Their form in those friendly outings are inconsistent. Anyways, the amount of positive outcomes is more than that of the other two possible outcomes.

Zulte Waregem was having an average form at home towards the end of the season. They recorded back to back positive outcomes in the final league fixtures at home.

On the other side, Seraing have been also recording some positive outcomes from the recent friendly outings. They are mostly unbeaten in those pre season warm up matches.

Seraing’s recording on the road of late looks decent enough too. Their current away form is more than enough to deliver a highly competitive display.

Considering all the above stats, we are backing the home side Zulte Waregem with the draw no bet option as Seraing looks decent enough of late.