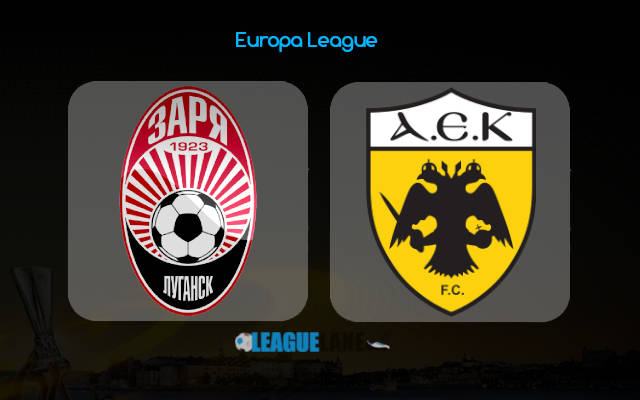 Zorya is at the ultimate bottom of the table with no points so far this term. They will host after a 1-2 loss at home to the likes of Braga in the Europa League. They return home after a 1-1 draw on the road with Inhulets last time out in the Ukrainian Premier League in the schedule.

AEK Athens is one of the renowned clubs from Greece, but has picked up no points so far this season in the Europa League group stage. Their previous encounter gave a 1-2 loss at home against Leicester in the EL fixture. They will visit on the back of a 2-1 win at home against OFI Crete in the Greece Super League.

With an identical form in the Group G of the Europa League group stage, Zorya will have a tight encounter with their Greek adversaries, AEK Athens in the schedule. Both teams have lost two matches each in the group and have a similar goal ratio, with 1 goal scored against 5 conceded in return.

The match is sizing to be a tight encounter and there is no doubt that there will be fewer goals in ninety minutes considering the form of both teams. Playing on the back of back-to-back defeats in the tournament can really fall heavy on the players on both sides.

The tip for over 1.5 goals will suffice the need of the encounter from the goals area since both teams are likely to establish a shaky defense based on their previous results. Besides, we can expect a couple of goals as both sides have scored goals prior to the upcoming match.

The double chance favoring AEK Athens will probably be the best bet for the punters. The reason to back the away side is that of their league supremacy and squad strength compared to the home team.