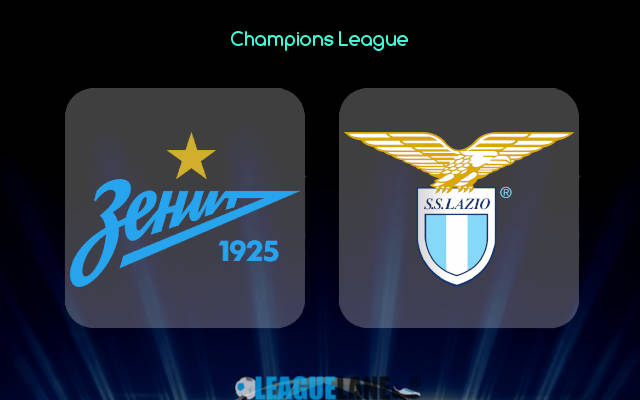 The Lions may be the best team in Russia at the moment, but it needs to be understood that the Russian Premier League is comparatively far weaker than that of their Italian counterparts.

On top of that, the Eagles have also raced to the top of the Group F table with an unbeaten record. Going on, they also have been very consistent lately with their results, and especially in the competitive Serie A the last season, they almost took out Juventus out of the title equation.

Meanwhile, the Russians have a 100% losing record in the CL this campaign, and have conceded the most number of goals as well as have scored the least.

In addition, the Italians need a win this Wednesday to ensure they stay at the top of the table, as the other game in the group is between Borussia Dortmund and Club Brugge, which the Germans are expected to win. And do note that Der BVB are just lagging by one point behind Simone Inzaghi’s men.

As such, expect the in-form and under-pressure Lazio to deliver a win this Wednesday at the Gazprom Arena.

The Lions lost 2-0 on the road the last match-day, against Dortmund. In the meantime, Inzaghi’s men were held to a 1-1 draw on the road by Club Brugge.

As thing stand, the Eagles have the upper hand. They are one of the title contenders in one of the best leagues in Europe, while their counterparts are from a comparatively far worse domestic competition.

In addition, the Italians are unbeaten in their last four match-ups, and they remained so in 11 of their preceding 13 overall games. In the process, they had also scored a total of ten goals from their past four fixtures.

On the other hand, Semak’s men were winless in seven of their former eleven matches, and they had lost three of their preceding four games. They had also conceded two or more goals in three of these four fixtures, and are on a two-match losing run at home.

Finally, they are on a 100% losing record in the CL at present, while their opponents for the day are the toppers and are yet to lose a game as well in the competition.

As such, count on Lazio to be the better team on the pitch this Wednesday.