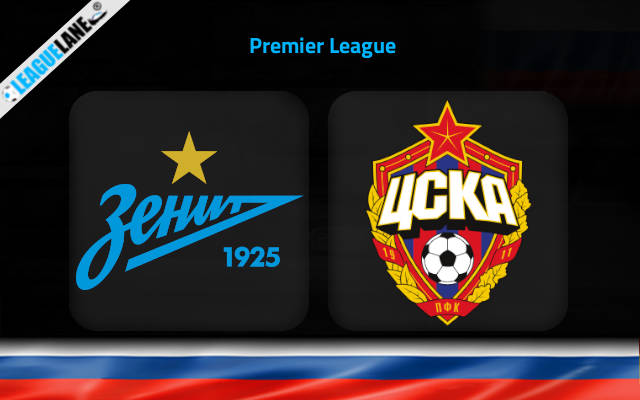 Zenit started the season picking up from where they left off last season and registered three consecutive wins. But they were brought to ground by Lokomotiv Moscow on matchday 4 with a 1-1 draw, followed by another stalemate against Ufa.

They are also dismantled from the top of the table by Dynamo Moscow, however there is lot of football left to play in the season.

At home, Zenit are unbeaten since March, a streak of 14 games with 10 wins.

CSKA Moscow are coming on back-to-back wins having lost the previous two. They are 6th on the log, looking to improve upon the 5th placed finish last season.

CSKA’s last away home resulted in a morale boosting 3-1 win vs Rostov. This ended a losing streak of 4 games.

Interestingly, 16 of last 17 away games played by CSKA saw a winner at the end of 90 minutes, they winning in 50% of those.

There are no other team in Russian Premier League that can boast the consistency of bagging wins at home turf.

They started the season blasting 10 goals in three games, though this depreciated in the recent two outings. Improvements are expected from the defending champions here.