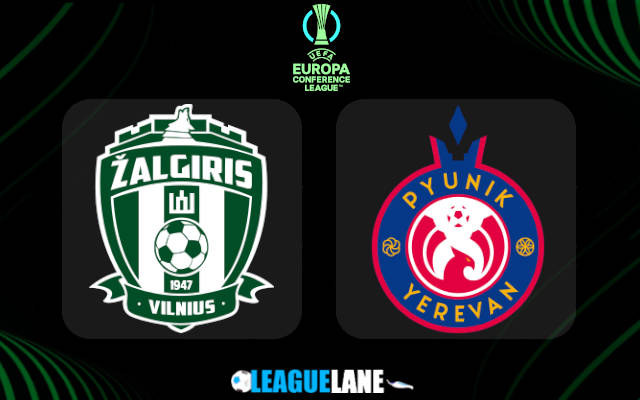 It is interesting to note that the top two teams of Group H have almost identical forms. Pyunik lost the opening game and now they are the favourites to top the group following their recent victory. A crucial game awaits Zalgiris who will face Pyunik at LFF stadionas.

The team led by Yegishe Melikyan have an advantage as they won the first leg by 2-0. They started their Conference League campaign by losing to Basel by 3-1. Now they are on a two-game winning streak.

Manager Yegishe Melikyan made an important change by playing a different formation in the 2-0 win in the first leg.

The host are at the bottom of Group H. Their form is looking very dull as they have lost twice. It is important to note that they have not even scored a single goal since Matchday One. This is one of the reasons they are stuck in the 4th place.

The priority for Vladimir Cheburin and his men is to focus on the remaining Matchdays. Also he will have to start playing an attacking game, if they wish to end their goal drought.

We can expect the second leg to have more goals, as the home team most recently scored four goals in thier domestic competition.

Group H in the Conference League has delivered some competitive games since Matchday One. As the point separation is only two amongst the top three teams.

Our prediction is that Pyunik will win by 1-0 – the odd for this tip will be at 9.50. The visitors are on a two-game winning streak in the Conference League. In the last two matches, they have scored at least two goals. In this return fixture, we can expect Pyunik to win by one goal margin.

Our next tip for this game is that Pyunik will keep a clean sheet – the odd for this tip will be at 3.75. Since Matchday two the visitors have kept a clean sheet. No other team from Group H have kept two consecutive clean sheets.