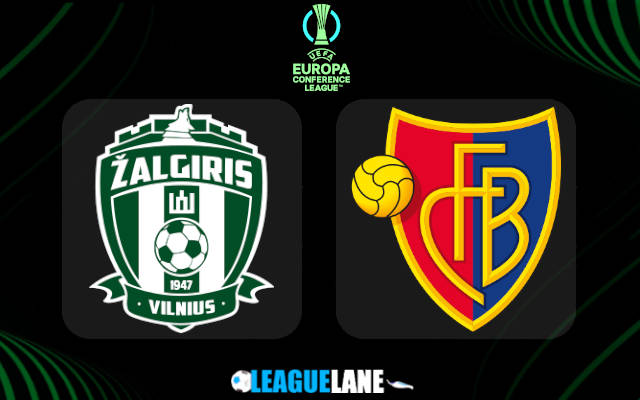 A 3-1 victory against Pyunik have put Basel at the front foot in the Conference League. Now Alexander Frei and his men will travel to LFF stadionas this Thursday to clash with Zalgiris.

There is no doubt that Zalgiris are the best team in the A Lyga this season. As they are the league leaders.

It is important to understand that host have lost only once this season. In their last match in the Conference League they played against Slovan Bratislava. It ended in a stalemate.

In their last A Lyga Outing, they defeated Kauno Zalgiris by 2-0. Kipras Kazukolovas and Renan Oliveira were the goal-scorers in that game.

Meanwhile, Basel started their Conference League campaign on a good note. They defeated Pyunik 3-1 on matchday 1 for Group H. Wouter Burger scored a brace in that game.

In the Swiss league, the form is looking different. The team is currently at the seventh position in the league table.

Winning just nine points out of a possible twenty-one this season. It is worth knowing that they finished second last season. Hence they qualified for this year’s Conference League.

Zalgiris are having an excellent season this year. It needs to be noted that they have won four of their last five fixtures in their domestic league.

The visitors will head into this fixture after demolishing Grasshopers by 5-1 in the Swiss League.

Also, Wouter Burger has scored two goals in the opening Conference League fixture, hence we can expect him to extend his goal tally in this upcoming fixture as well.

The most interesting fact is that Vladimir Cheburin’s team have scored eight goals in their last three league games.

Our prediction is that Zalgiris will win this match – the odd for this tip will be at 2.10. This is considering that the last time the host lost a home game was in May this year.

The next tip for this game is that the scoreline will be 2-1 for Zalgiris – the odd for this tip will be at 13.00. We can expect Zalgiris to win by 2-1 since Basel have lost their most recent game by 2-1.