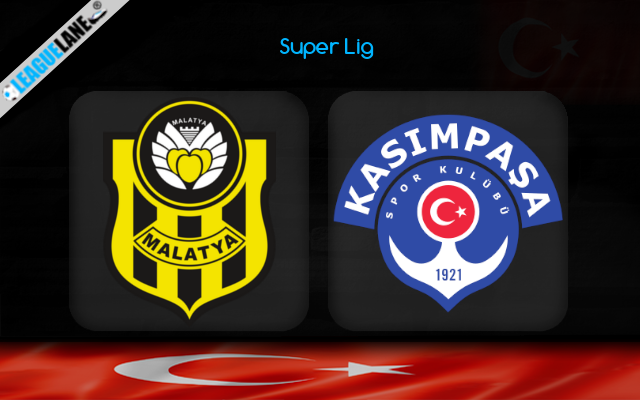 Yeni Malatyaspor are having a dreadful form this season. They have seldom won at all and possess a worst offensive and defensive lineup. They are positioned at the rock bottom of the table with a total of 20 points from 29 league fixtures.

Yeni Malatyaspor lost to Altay on road in their most recent league fixture. It was their third defeat in the past 5 league fixtures. They will be having lowest of spirits even if they possess the aid of home ground advantage.

Meanwhile, Kasimpasa sits 15th on the table after collecting 8 points from the past 5 league fixtures to add up to a total of 35 points. They have an inconsistent form so far. They owns a decent offensive and defensive side.

Kasimpasa will be hoping to make it three subsequent winning games in a row following a 3-1 win at home against Rizespor and a 2-3 win against Goztepe on road. They will be entering their next fixture with enough of motivation.

By the looks of things, we expect a one-sided affair at Yeni Malatya Stadyumu on Saturday when Yeni Malatyaspor play host to Kasimpasa in a Super Lig fixture.

Yeni Malatyaspor have only won twice in the past 12 league fixtures at home. They have leaked two or more goals in six of the past 10 home league affairs.

On the other side, Kasimpasa have only lost once in the past 6 league fixtures on road. They have succeeded in scoring two or more goals in four of those six affairs.

On top of that, Kasimpasa have a decent head to head stats against Yeni Malatyaspor. Therefore, we are backing Kasimpasa to seal a win from this Malatyaspor outfit.