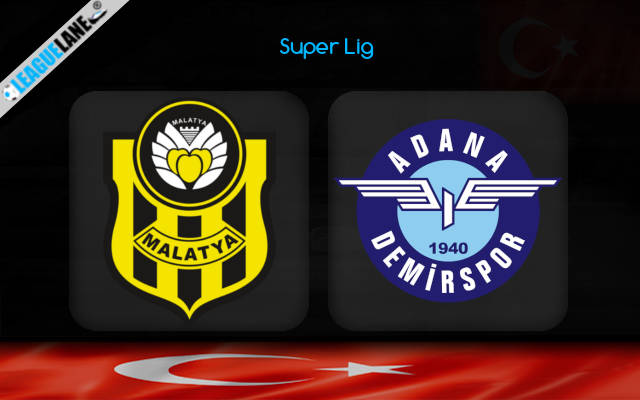 Yeni Malatyaspor have been by far the most struggling team in the Super Lig this season. Furthermore, with them sitting a long way away from safety and with just over a fourth of the games left to be played, a 1. Lig campaign for the next season is looking more and more likely.

They were last seen in a trip to Hatay, where they suffered a huge 5-2 loss against top half of the table club Hatayspor. The result marked their 4th loss in five league matches.

Gaining just a point from those games, the club is now rock bottom of the club, twelve points away from safety.

Adana Demirspor meanwhile are in the midst of a wonderful run of games and have dropped very few points in recent weeks.

In their most recent fixture, they were not able to gain anything against Antalyaspor at home, as the fixture ended in a scoreless draw. This marked their 2nd draw in three league fixtures.

Further managing three draws in their last five league games, they now sit 5th in the league table, just a point behind the 2nd and 3rd place teams.

The hosts who are winless in their last seven home games and who have managed just a couple of wins at home throughout the course of the season; are unlikely to challenge for points. Especially considering the fact that they are set to go up against a club that has just a loss and sixteen points in their last six league matches on the road.

Adana has failed to keep a clean sheet in any of their away fixtures this season. Furthermore, their opponents have scored in their preceding five home games. Hence, both teams are likely to contribute towards the score line.