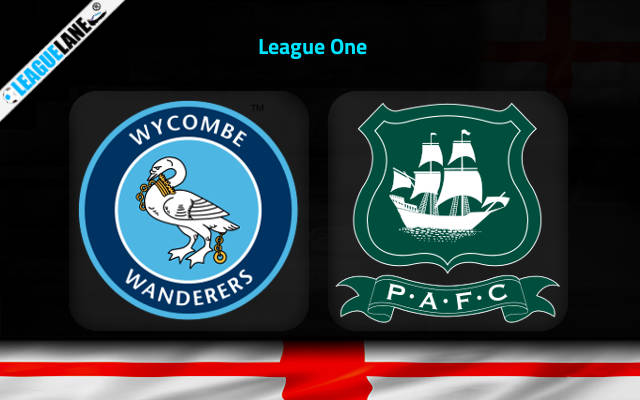 Wycombe played their last match against Gillingham. Both the teams scored one goal each, ending the match in a draw with 1-1 FT score.

Plymouth Argyle is one of the best teams in League One this season. The team made their way up the ladder and has stayed in the upper half of the league table throughout the season. They have lost in only two of their matches in the last ten league matches and has won in seven of them as well. They stand 4th on the league table with 78 points to their name and, with the current standing, have the chance to play in the play-offs for promotion.

Plymouth faced Burton Albion in their last match in which both teams failed to score, ending the match in a goalless draw.

Wycombe and Plymouth have played well in their matches this season. They have earned their position in the upper half of the league table and have got an unbeaten streak going on at the moment as well.

Wycombe has achieved good results in their recent home matches. They have won in the last two consecutive home matches and have kept clean sheets in the last four matches as well. Plymouth has played moderately well in their road trips and has got mixed results from the matches.

The match will be a tight one and can turn its tides at any time. However, Wycombe has the advantage of playing in their home ground. So, the match is most likely to end in a win for Wycombe or in a draw. Both teams have scored in their recent matches and can be expected to score in this match as well.