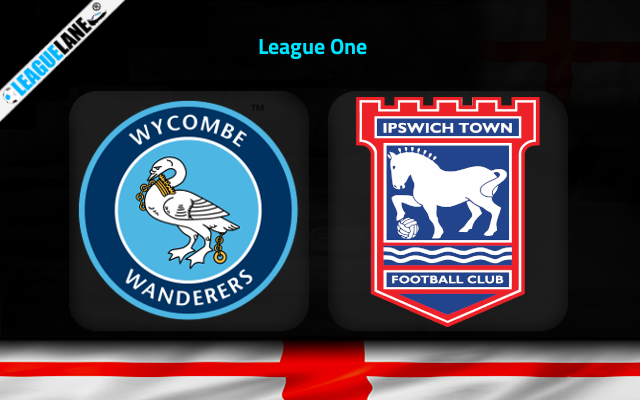 Wycombe vs Ipswich Predictions and Free Tips from our expert tipsters when the teams go head-to-head in the England League One on Saturday, 17 December 2022.

Ipswich have been enjoying their impressive run since the beginning of this season. Bagging points without conceding defeats helped them to position at the top of the table. They are on a seven-fixture unbeaten streak in the league currently.

They face Wycombe in Saturday’s League One match. Wycombe are currently 9th in the table and have managed to show a good display in the last five games.

They have only met four times in the past. Ipswich have a 100% unbeaten record against Wycombe.

At this venue, Wycombe are yet to seal a victory. The latest clash had finished in a 1-4 win for Ipswich.

Who will win the match between Wycombe vs Ipswich?

This match is a great chance for the guests Ipswich to maintain their impressive run in the league. We expect a victory for them as Wycombe failed to seal a win in four of the last five home fixtures.

It deserves to be mentioned that Ipswich is having a four-fixture unbeaten run on the road. We expect them to seal a win here following such a pleasant set of display.

Affairs including Ipswich have generally been high-scoring affairs. Their goal rate per game is 3. This is mainly due to the exceptional performance of their attacking side.

Wycombe on the other side owns a decent attacking line. Therefore, this match is likely to have over 2.5 goals ft.

Ipswich have only kept one clean sheet in the last six road trips. Meanwhile, Wycombe have scored in all their previous five home games disregarding the result.

In that case, it is not wrong to expect goals from both ends on Saturday when these two teams lock horns at Adams Park.

By the looks of things, expect an interesting League One affair on Saturday between Wycombe and Ipswich.

We like to back Ipswich to win at 1.85 as the main bet while expecting a both teams to score scenario at 1.80 as an alternative.