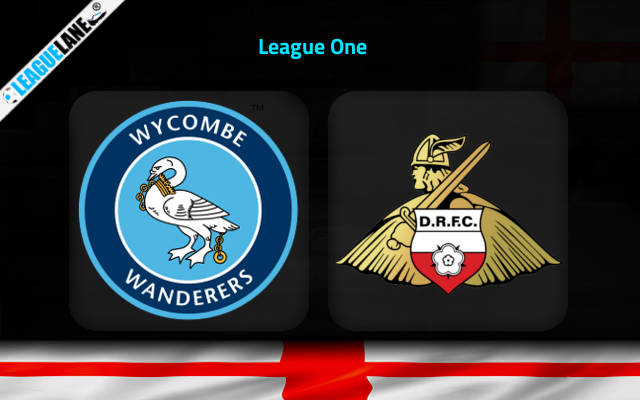 Relegation fighting Doncaster Rovers will be traveling to Adams Park this Saturday to confront Wycombe Wanderers who are on a 5-game unbeaten run, for this upcoming League One fixture.

The Chairboys are at the 8th spot on the standing with 66 points from 39 games. They won 18 times in the league while drawing a dozen and losing on 9 other occasions. They have a good attacking front but need to improve their defense as they have been conceding often.

Wycombe enter this fixture coming off the back of a goal-less drawn match over Portsmouth. They have kept a clean sheet in each of their last 3 home league games. They have given the opposition little, seeing the total number of goals that have gone in at their end during their past 6 outings stands at 4.

On the other hand, Rovers resides at the second last spot closing the 23rd position on the table with a mere 30 points. Of the 40 matches played, they won only on 8 games while losing on 26 other occasions which being the league highest. This side has the second worst conceding figures in the league with 74 in total.

Doncaster have now gone 4 league games without scoring for the second time this season. Doing so previously in August they last failed to score in 5 successive league games in what were their final 5 fixtures of the 2017-18 season. The side lost to Charlton by 1-0 previously.

Doncaster Rovers have failed to score a goal in each of their last 4 games across all competitions. They have achieved just 3 wins in their 20 most recent away fixtures.

The Chairboys are unbeaten in 75% of the home games played this season. In their 3 most recent games of League One, Wycombe have succeeded in keeping a clean sheet.

Furthermore, they won the last 3 h2hs played at home. Hence, we feel that a home win is likely to occur this weekend.