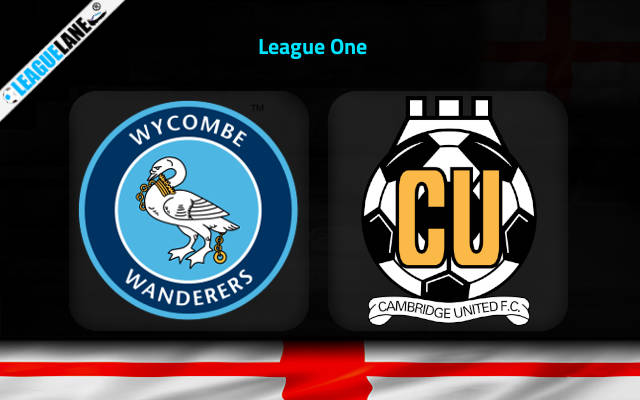 Postponed match of game week 24 between Wycombe and Cambridge United will take place on Tuesday at Wycombe.

Wigan scored three back-to-back goals in the last twenty minutes of the match and got ahead of the lead Wycombe had secured in the first half. The match ended in a loss for Wycombe with 1-3 FT score.

Cambridge United played against Plymouth Argyle in their last match, in which Cambridge scored two goals in the match while Plymouth scored none.

Wycombe has not been in their best form in the recent matches. They are winless in the last six matches as well. Their out of form performance has affected their standing on the league table. They have moved down the table to 7th position with 55 points. The team will look to make up for their loss with a win in the next match.

Cambridge is inconsistent in their form this season. After some unbeaten streaks, the team goes out of form and ends up being winless in a couple of matches. Because of the inconsistency, Cambridge stays 12th on the league table with 44 points from their matches. From the last ten matches, the team has scored in seven matches, in which five have ended in wins for them.

Wycombe’s hiccup in their recent matches could affect their run for a win in this match. Cambridge is in-form at the moment and has not lost in their last two matches, in which they have kept clean sheets as well.

Even Wycombe’s home matches were affected with their poor performance. They are winless in their last four home matches and will hope for a win to break this streak. Cambridge’s away matches were not as productive as they had hoped it to be. They are also on a cold streak, which has lasted for four continuous matches.

The match will probably end in a draw. Both teams have scored in their recent matches and can be expected to score in this match as well.