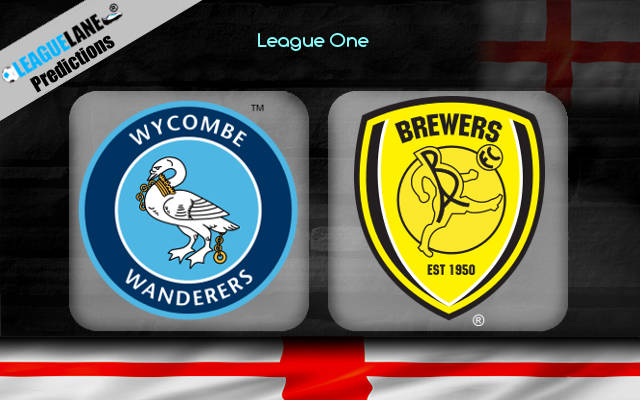 Things are getting pretty close at the top of the table in EFL League One. With the top 3 teams level on points and a mere 6 points separating the 1st place team from the team 9th in the table.

Wycombe Wanderers need to keep registering wins in succession if they are to retain the promotion spots as the teams above them in the table have a game or 2 in hand over them.

Burton Albion meanwhile is currently outside the race for promotion. However, with more than half of the matches left to be played, they could push for promotion as well.

After the 0-5 Wycombe were embarrassed at home by Albion in a Southern Group C fixture in the EFL Trophy, the hosts should be eager for revenge. While the visitors would love to get the better of this foe twice within a space of a month.

The Chairboys recently went on a run of 6 games without a win. The run included a 4 match losing streak at home. This has severely hampered their hopes of the title.

They appear to have escaped the embarrassing run of games and are currently 3rd in the league with 38 points.

Brewers on the other hand have lost quite a few games recently, They however have managed to win by huge score lines when they have taken the 3 points.

The club is currently 10th in the league with 28 points through 20 games.

While the recent form of the hosts has been far from their best, they seem to be regaining their momentum with a run of 3 games undefeated. With the side being the better club over the course of the season and with home advantage, I have backed the hosts to win.

To add to that the visitors have lost 4 of their last 6 league fixtures. They have further suffered a 1-2 loss at home against League Two side Port Vale in the FA Cup.

The Blues have scored more goals in the second in the last 4 fixtures where they managed to get on the score sheet. This fixture should be no exception.