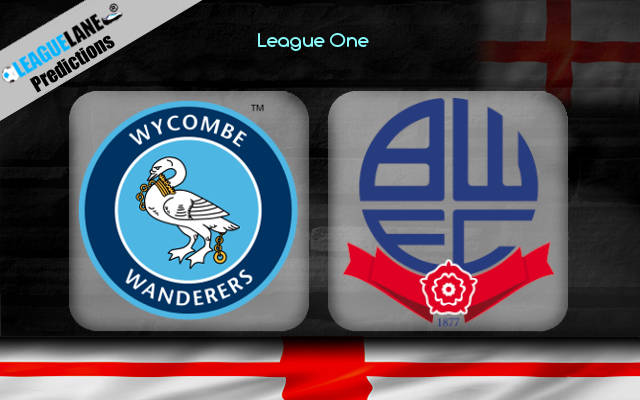 Bolton, following their stint in League Two last season, where they achieved automatic promotion on the final matchday, has looked comfortable for a newly promoted side this season in the English third division under Ian Evatt.

Wycombe played in the Championship for the first time in their history in the preceding season. Their performances this season in League One is indeed worthy of another stint in the second division.

The teams are set to battle it out at Adams Park this Saturday. Read our Preview, Predictions, and Betting Tips with Analysis here.

The teams have met just twice. Wycombe won both home and away games in the 2019/20 season in League One with a score line of 2-0.

Wycombe vs Bolton Prediction and Analysis

The Chairboys looked certain to go straight back up to the Championship until recently, delivering top performances week in and week out. They currently are in the midst of a crisis on the field, as they have failed to win any of their preceding 6 games across all competitions.

The Wanderers on the other hand has just been knocked out of the FA Cup by National League side Stockport County and has just a win in their previous 6 league games. Their good start to the season losing just once in the opening 7 games of the league has kept them in the top half of the table.

Both teams have not had the best of games leading into the fixture. With the hosts losing just twice at home in the league and the visitors losing 4 of their last 5 league fixtures on the road, Wycombe should emerge as winners from this match.

While the Blues have just kept 2 clean sheets at home, the Trotters have failed to find the back of the net in 5 games on the road already. With just 2 teams conceding fewer goals than the hosts outside the top 3 teams in the league, they are unlikely to concede a goal.