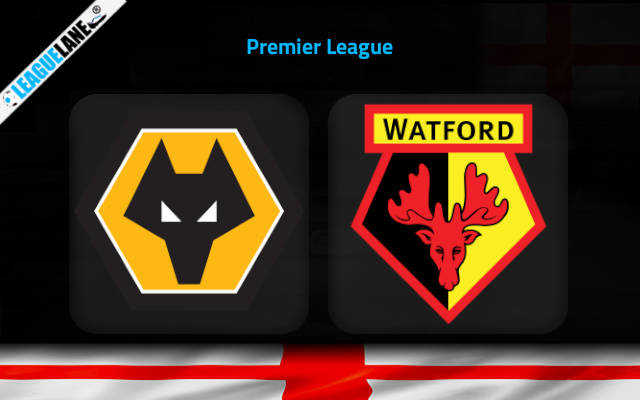 Wolves’ hopes of returning to European football have been hindered by disappointing results over the last fortnight. Understandably but worryingly for the club, those results have come against clubs whom they are directly fighting for a spot in the UEFA competitions/ top half of the table.

The most recent of which came against Crystal Palace at home in which they conceded twice in the first half without reply to lose the contest 0-2. The match marked their 3rd loss on the bounce.

Despite showing a spirited fight in recent weeks, Watford have not been able to put enough points on the board that gives them a chance in their quest to stay up in the Premier League.

They were last seen in a home fixture against Arsenal, in a five goal contest. The team failed to make the most of their chances despite creating more than their opponents and were punished by the clinical North Londoners and lost 2-3.

The result was their 3rd loss in five league matches. With the win against Aston Villa and the draw at Old Trafford to show for those fixtures, the club is now 19th in the league, three points behind 17th place Everton who have three games in hand.

The hosts have won their preceding four matches against clubs outside the top half of the table. Hence, expect them to take all three points against a club that has just a win in their previous eight league matches away from home.

Three of the five Wanderers’ home wins this season in the league have come by a score line of 2-1. Therefore, I have backed the outcome for this fixture.