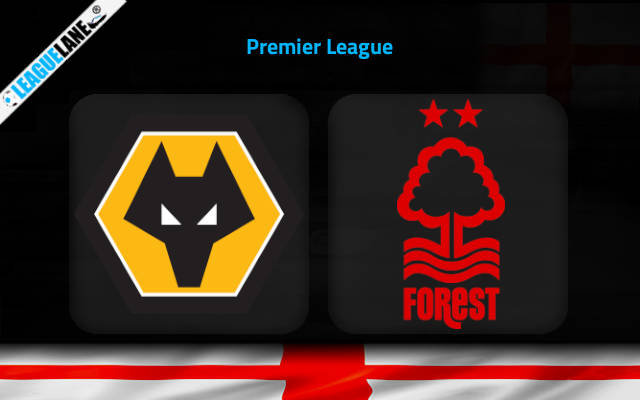 Both Wolves and Nottingham are stuck in the bottom-most tier of the table, and are dealing with their struggling defenses as well. It goes without saying that the two squads let in goals in huge numbers, and more than that they are under intense pressure to put an end their dismal streaks.

Nottingham are a team that were promoted to the top flight at the end of the previous season. And while the two other teams that got into the Premier League along with them are performing well, they have a different story to share.

They are placed 19th in a table of 20, and have a 100% winless record barring a single victory. In fact, barring two other draws they have a 100% losing record, and only one other team has let in more goals than them in the entire competition.

Moreover, they have a 100% winless record on the road so far, and barring a single draw, it becomes a 100% losing record.

Meanwhile, Wolves are placed 18th in the table, in the relegation zone. They too have managed a single win so far, and they scored the least number of goals of all the teams in the tournament.

It also deserves to be mentioned that their only win till now came against the out-of-form Southampton.

Both squads are desperate for a win, and they will rightfully consider each other as the perfect opponent to target a win. All options build up to this upcoming encounter becoming a high-scoring affair.

Wolves secured just two wins in the past six months, and one of these wins came in the EFL Cup, against a team from the lower divisions. Though they failed to show consistency in their results, they let in goals consistently throughout this stretch.

On the other hand, Nottingham are on a long losing streak, and most importantly they are a team that were promoted just the season before. They are finding it really hard to cope with the level and intensity of the teams in the top flight.

I expect goals to come in plenty as these two desperate teams with weak defenses take on each other.

Tips for Wolves vs Nottingham Forest