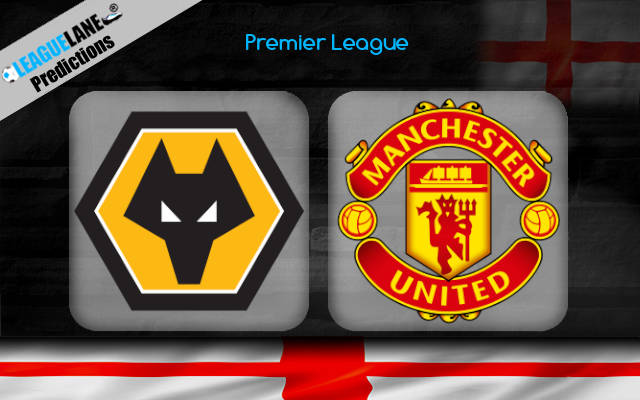 The Red Devils have ensured a second-place finish, and will be determined to give a much better competition to the Citizens the next time around. They are surely going after a victory to end their campaign, against the struggling Wolves.

As of now, Ole Gunnar Solskjaer’s men are placed second in the table, and have scored the most number of goals of all the teams in the English top flight, barring the first-placed City.

They are lately going through a tough stretch, and would be determined to not let their campaign end on a sour note.

Meanwhile, the Wolves are placed 12th in the table, and since the 11th placed Aston Villa have a seven-point lead over them, the team has no chance to improve their standing.

They are struggling with their defense, and especially at home, the team has been losing almost every other game.

By the looks of things, expect a Manchester United win this Sunday at the Molineux Stadium.

The Wolves lost 1-0 on the road the last match-day, against Everton. In the meantime, Solskjaer’s men were held to a 1-1 draw by Fulham.

Going on, the Wolves were winless in nine of their preceding twelve overall fixtures, and they had lost six of their former eleven appearances at this ground.

On the other hand, their counterparts were unbeaten in 35 of their preceding 41 overall match-ups, and not once have they lost on the road in over seven months. Note that they had also scored two or more goals in four of the last five road trips.

On top of that, the Devils also have a superb h2h record against this rival over the years.

Taking into account these observations, expect Manchester United to deliver a winning performance this weekend.