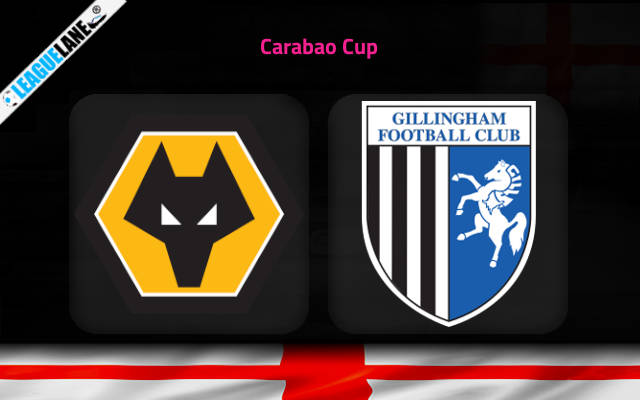 Wolves vs Gillingham Predictions and Free Tips from our expert tipsters when the teams go head-to-head in Carabao Cup on Tuesday, 20 December 2022

Wolves defeated Preston and Leeds to reach this stage of the Carabao Cup. However, they are at the foot of the table in the Premier League this season.

On the other hand, Gillingham also have a similar story to share as well. They defeated Brentford on penalties last month to reach this round. A win in this round will uplift the teams’ overall confidence.

Who will win the match between Wolves and Gillingham?

We are backing Gillingham to advance to the next round. They have played well in this competition to reach this round. They will focus on the cup competitions as they are not in good shape in League Two.

They also defeated Dag & Red in the FA Cup recently.

The host have scored at least one goal against Preston and Leeds. The visitors scored one goal as well when they faced Brentford.

Considering the goal-scoring form in this competition we can expect both teams to score.

The first tip is that Gillingham will win on penalties– at 15.00 odd. The visitors won on penalties since the second round against Exeter City and Brentford. Do also note that certain key players won’t be available for selection for the host.

Our second tip is that Both teams to score – at 2.75. In this competition, both teams have scored a combined total of two goals in the third round.